This week, Money Heist – or, to use its Spanish title, La Casa de Papel- finally received its release date for Season 5. The first volume of the season will drop on September 3rd on Netflix, with the second volume to release on December 3rd. The show has become a global phenomenon since its international release on Netflix. Throughout its four seasons, it has become the most-watched non-English show on the platform.

The first season introduced the show’s significant characters recruited by a mysterious man known only as the “Professor.” The professor reveals his plans to the group – to rob the Royal Mint of Spain. Although this initial heist is successful, the group is forced to meet again to rob the Bank of Spain to rescue a former ally.

One of the unique aspects of the show is its treatment of the heist genre. Money heist does not go down the gritty path of its Western contemporaries, instead offering audiences ample thrills, chases, and romances. The show showcases a strong Spanish identity perhaps best personified in the character of Tokyo, who also serves as the narrator of the show.

The increasing budget of the show has allowed the writers of the show to take liberties with the action set pieces. With each subsequent season featuring more elaborate stunts and high octane chase sequences. The show does have its more introspective moments which question the modern-day political status quo. This is best demonstrated by the adopted anthem of the show ‘Bella Ciao,’ the Italian protest song. The show’s popularity drove the song to the top of the European charts in 2018! 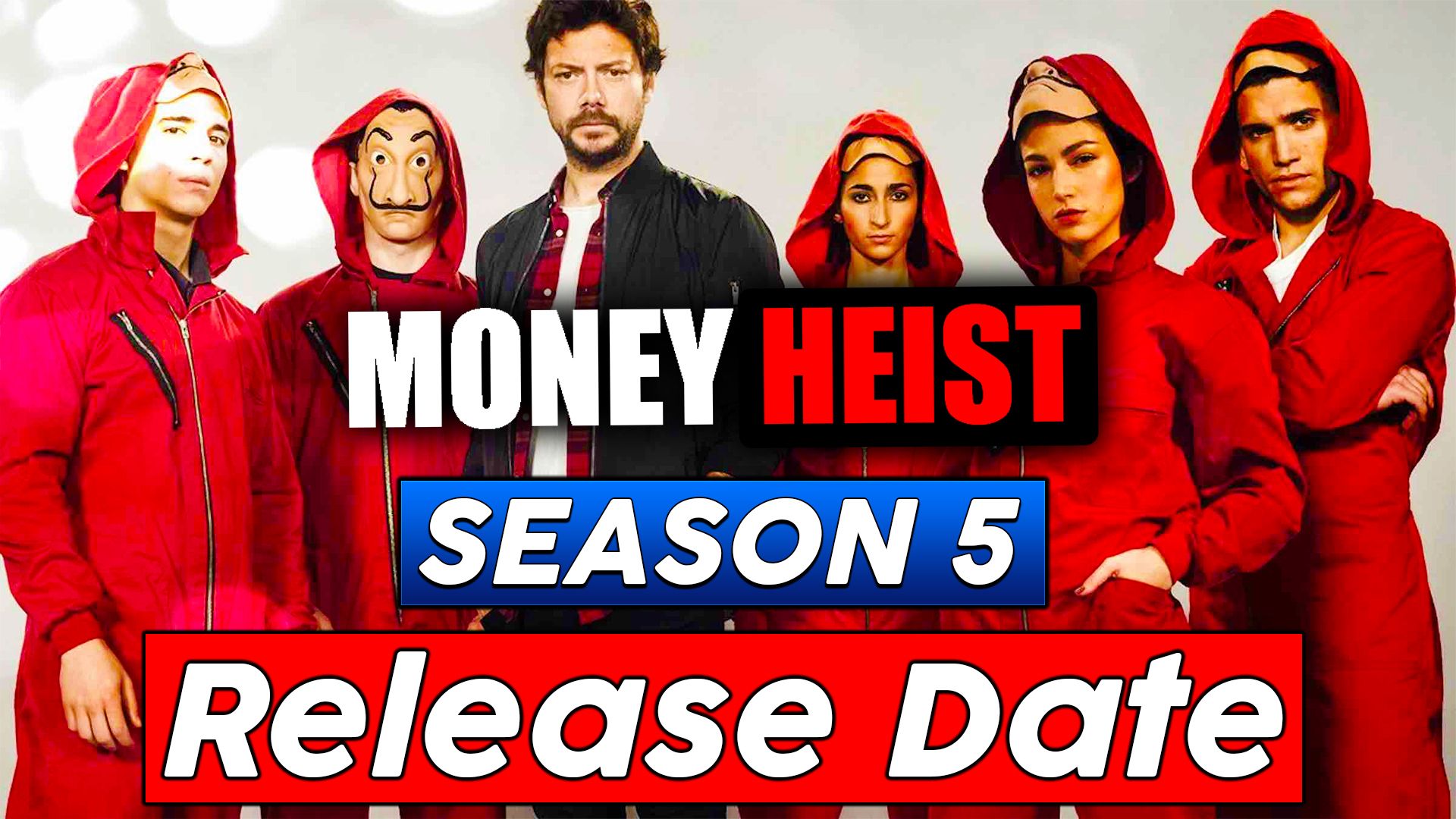 Netflix released the trailer for the finale season on the 24th of May 2021. The trailer is available both on youtube and official social media accounts. This was welcome news for fans who had been expecting news on the much-awaited season.

Netflix has released the season 5 trailer on both Youtube and its social media accounts. The official release date for the first volume is set to be September 3rd, 2021. The trailer confirms the date, although the exact number of episodes is unknown.

While the exact number of episodes is unknown, fans can get the second volume of the show to release on 3rd December 2021. With this being the final part of the series, fans can expect an explosive ending!