Where is The Staircase Accused Today in 2020? Who is Michael Peterson and did he Kill His Wife?

‘The Staircase’ is easily one of the most gripping docuseries that has come out this century. The kind of twists that the series throws on you leaves you scratching your head. At the center of this documentary is Michael Peterson, who is accused of murdering his wife. Despite years of trials and mistrial both inside the courtroom and outside, the public has been split on whether he is really the killer or not. Let’s quickly recap the case and provide you the information on what happened to Michael Peterson and where is he now.

Who is Michael Peterson?

Michael Peterson is an American novelist who came into the limelight after the suspicion of his wife’s death fell on him. A Vietnam war veteran, he wrote three novels- The Immortal Dragon, A Time of War, and A Bitter Peace- that depicted his experience in the war. He had also co-written two other books and has worked as a newspaper columnist for Durham Herald-Sun. Kathleen Turner, who was his second wife, was a business executive.

On December 9, 2001, Kathleen Turner was found dead at the bottom of the stairs at her home. At that time, only Michael had been there, who claimed he was outside and did not witness the fall. The suspicious circumstances led the cops to believe that it was a murder. Because Michael had been the only one in the vicinity, he became the obvious suspect.

As a case was constructed against him, several details and discrepancies in his story were highlighted. It was also claimed by the prosecution that he was bisexual and had been indulged in the activities deemed unacceptable by his wife. This led to problems in their marriage, and he eventually killed his wife. However, Peterson claimed that his sexuality was not a secret to his wife, and he asserted that the cops were trying to pin this on him because he had written articles against them in his newspaper column.

Did Michael Peterson Kill His Wife?

The case went through a lot of ups and downs, and several other things came to light, one of which was the death of Elizabeth Ratliff. She had been a friend of the Petersons. After her death, Petersons became the guardian of her children; their father had died some time ago. The prosecution dug up the case and demanded a re-examination.

Ratliff, too, had been found at the foot of the staircase with head injuries, the prosecution claimed that Peterson might have been involved in it too, considering that he was, reportedly, the last person to have seen her. Later, it was agreed that he had not killed Ratliff, but they did find him guilty of his wife’s murder. In 2003, he was sentenced to life in prison. However, he maintained his innocence. Michael Peterson served his sentence in Nash Correctional Institution near Rocky Mountain until 2011, after which he was released on bail and was placed under house arrest.

Where is Michael Peterson Now?

In 2010, it came to light that SBI analyst Duane Deaver, who had been one of the crucial witnesses in Peterson’s case, was suspended, owing to his questionable work ethic. He was fired from the job in 2011 after it was discovered that he had falsely represented evidence. This led to a retrial for Peterson, which after some hiccups, took place in 2016. It was then that Peterson entered an Alford Plea for manslaughter. This meant that he had pleaded guilty because the prosecution had enough evidence to find him so, though he asserted his innocence. He was sentenced to prison, but he had already served more time than that, so he was allowed to walk free.

Peterson currently lives in Durham, North Carolina, and, time and again, has talked to reporters about him being innocent of the crime. In 2019, he published the book in which he talks about his marriage, the night his wife died, the pressure of the trial, his life in prison, and what it’s like to be free but held in contempt by the people who know him. Titled ‘Behind the Staircase’, all the profits made out of book sales is donated to charity. He received lucrative deals from several publishers but could not take them. In fact, he does not own anything of much worth now, and there’s a good reason for that. 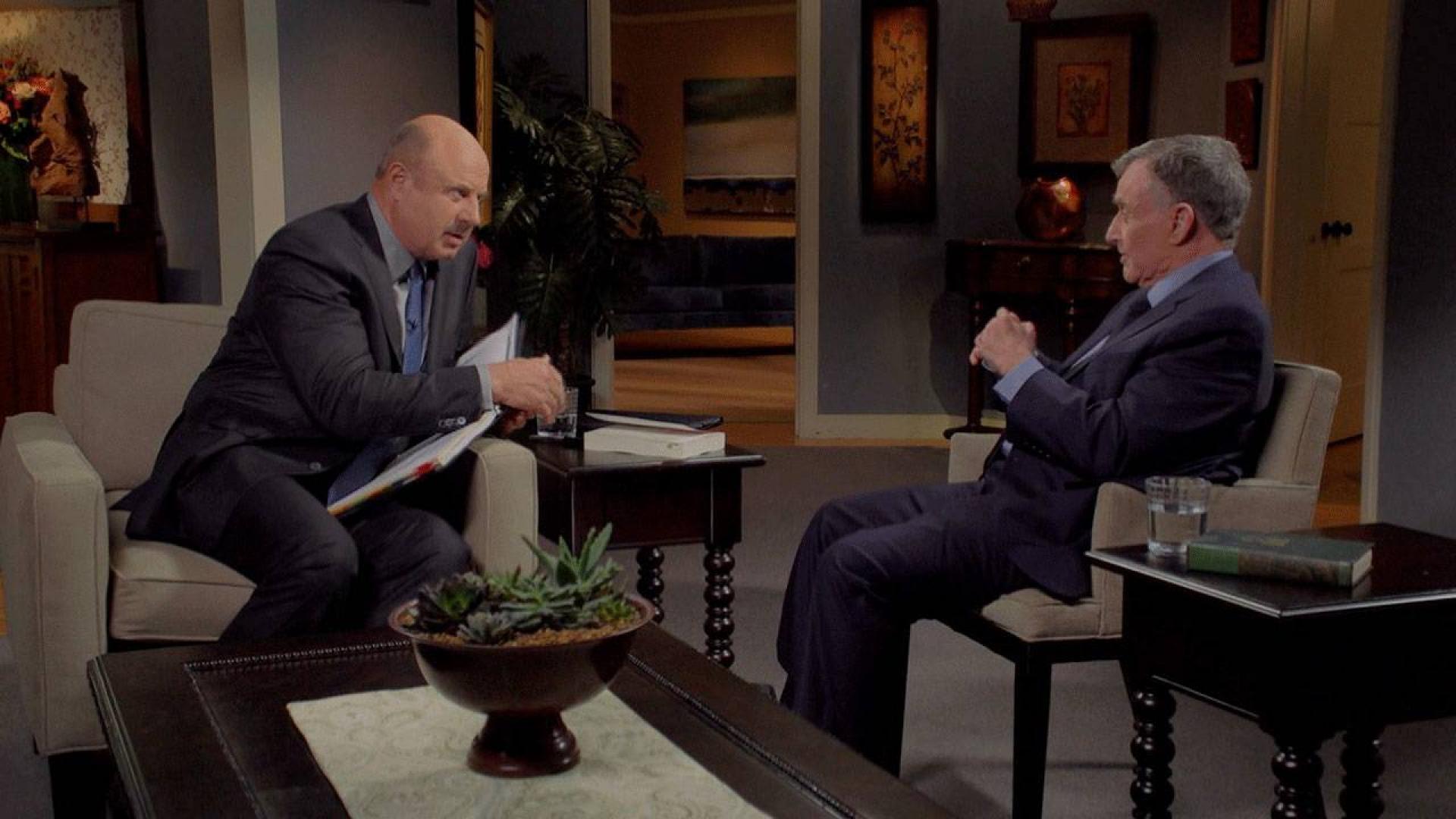 In 2019, Michael Peterson also made a two-part appearance on Dr. Phil. Michael told Dr. Phil McGraw that medical reports have confirmed that Liz Ratliff died as a result of a stroke. He also explained that after Kathleen’s death, the only reason he engaged legal help immediately is because his son insisted upon it, calling in Michael’s lawyer brother, Bill Peterson.

In 2002, his step-daughter, Caitlin, filed a wrongful death claim against him. He tried to file for bankruptcy, but Caitlin contested it. Eventually, it was settled for $25 million. It hasn’t been paid yet; so, even if Peterson did take those deals, he would not have anything left for himself. He doesn’t want to pay it because the claim rests on him being guilty, which he doesn’t believe himself to be.