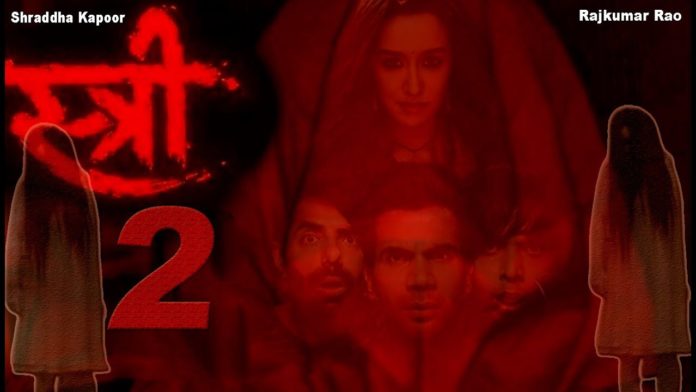 Stree is a Hindi Language Horror-Comedy film that was released in 2018. The film turned out to be a blockbuster and has earned huge money. The film that stars Rajkummar Rao and Shraddha Kapoor in the lead roles was written and directed by Amar Kaushik. The makers of the film have announced the sequel of the film Stree. Check out the details about the sequel below.

The film was expected to release in October 2020 initially but delayed to the COVID Pandemic. Now, there is no official date of release for the film as it seems like the makers do not want to rush things as they want the film to meet the audience’s expectations. Reports say that the film’s script is still in process and will get done soon. Stay tuned for the official announcement about the shoot and release date from the makers of the film. The cast of Stree 2:

The makers have stated that the second part of Stree will have the same cast as in the first part and other new actors according to the script. The film features Rajkummar Rao, Shraddha Kapoor, Pankaj Tripathi, Aparshakti Khurana, and Abhishek Banerjee in the leading roles.

Kriti Sanon and Nora Fatehi were seen playing special roles in the first part. Now, the makers may rope other stars in the sequel to keep the audience engaging. Stick around to know the detailed cast of Stree 2.

The Plot of Stree: What to expect from Sequel?

The film is set in the small town of Chanderi, Madhya Pradesh that is haunted by a lady called ‘Stree’ by the locals of the city. The plot of the film is inspired by the Karnataka urban legend known as Nale Ba. The first part of the film was ended with an open ending to make the sequel gripping.

We don’t have any idea about the story of the sequel as the synopsis of the second part is awaited from the makers. Stay in touch with us to know more details about Stree 2.