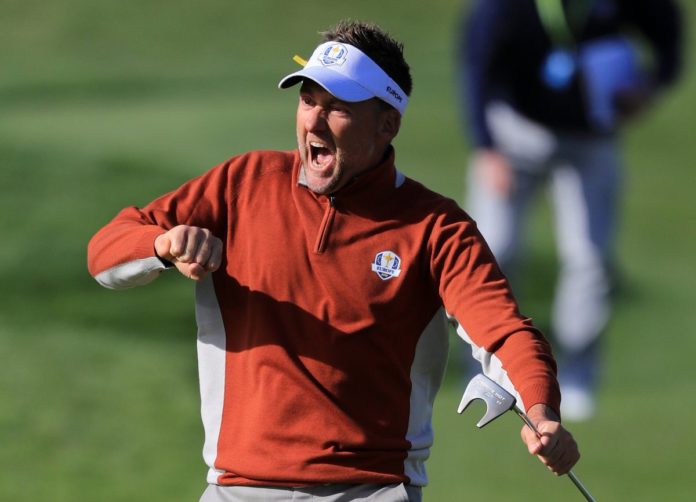 Ian Poulter has etched himself into the folklore of the Ryder Cup due to his excellence in the competition. Poulter is an exceptional golfer, but for one reason or another, he has not been able to produce his best on the PGA and European Tours, especially at the majors.

However, come Ryder Cup time, the Englishman is an unstoppable force and few players in the history of the tournament have boasted a better record than Poulter. He has embodied the European spirit so much so, that although players from the United States may have more individual titles than their rivals, it counts for very little in the heat of battle for the Ryder Cup crown. The Europeans are underdogs once again in the tournament, and if you’re betting on the golf you can get a price of 2.75 to back them to win in Wisconsin. The United States will be expected to win, with odds of 1.57.

Poulter may yet qualify for the tournament outright, which would ease the pressure on captain Padraig Harrington and guarantee him an experienced battler ahead of a potential rookie in the form of Robert MacIntyre. However, MacIntyre is playing quality golf and was one of the top contenders in the golf betting tips for the Wyndham Championship.

If Poulter does not qualify outright he faces a battle to secure his place for the 2021 Ryder Cup, although he has been selected as a captain’s pick on his last three appearances at the competition. The one time Poulter was overlooked was Europe’s defeat in 2016 at Hazeltine when Darren Clarke opted to select Lee Westwood, Martin Kaymer and Thomas Pieters ahead of him. It was a decision that Clarke may have wanted to change in hindsight as Europe were crushed by the States.

The importance of the Englishman cannot be understated to the European team and their run of success since he came into the side in 2004. Poulter has only been on the losing side in one of his six appearances at the Ryder Cup, which came in 2008 under Nick Faldo. Harrington will be left with a tough decision regarding the selection of Poulter, with other greats such as Sergio Garcia, Henrik Stenson, Justin Rose and Francesco Molinari also vying for the attention of the Irishman. With only three choices Harrington has his work cut out to make the correct call for the tournament.

Poulter has been a galvanizing force for Europe in their dominant performances and in memorable comebacks to win the Ryder Cup. In their last victory in the United States, it was Poulter who began their brilliant surge to overturn a 10-4 deficit as he teamed up with Rory McIlroy to beat Jason Dufner and Zach Johnson in the final fourballs game. The duo was two down with six holes to play, but Poulter responded with six straight birdies to snatch the victory and a vital point. It handed Europe the momentum to take into the singles where they stunned their opponents, winning 8.5 out of a possible 12 points to win the tournament.

Poulter more than played his part on the final day, defeating Webb Simpson to level the scores after Europe’s early onslaught. The Englishman is unbeaten in singles matches, and his overall record of 14-6-2 speaks for itself. He has taken on the mantle of being Mr Ryder Cup for Europe, and will certainly be a future captain. However, he does have at least one more competition to offer on the course and if he is selected, Harrington could be the next European captain to benefit from the excellence of the Englishman over the three-day tournament.