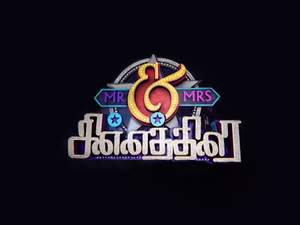 Vijay Television is yet to launch another astounding reality game show, namely, Mr & Mrs. Chinnathirai. Vijay TV is always busy bringing new content in Tamil’s Television Industry. The first season of Mr. and Mrs. Chinnathirai was quite successful and the makers want to bring a new season soon.

By the looks of it, the show is going to launch on the 8th of March 2020 and it will air every Saturday & Sunday at 9:30 PM. The show is going to feature some of the most notable pairs from both Film as well as the Television industry.

Details on the judges of the show

The show features some of the most popular celebrities of the small screen. They will participate alongside their spouse in the show and work towards winning the title of Mr & Mrs Chinnathirai. Experts are suggesting that the season is filled with several nail-biting tasks, games, skits, romance, emotions among others.

Deva Dharshini and Naana Gopinath are going to helm the role of the judges of the show. Nisha and Ma Ka Pa Anand are going to be the host of the show. The viewers can watch the show directly on Vijay TV from March 8, 2020, every weekend.

Who are the contestants of the show?

The contestants have to showcase both physical and mental prowess to win the title. In the show, the viewers are going to enjoy the ruckus and joy between a couple. There will be several surprises which will take place in the show.

The name of the contestants are: