Fans and critics alike will debate for hours on end who should claim the G.O.A.T title in professional wrestling. Still, the argument is a never-ending cycle because we all have our own personal nostalgia and favourite WWE wrestlers. Egotistical on-screen personas would have you believe most former WWE Champions would place themselves as the greatest of all-time in-ring performer, but what happens when you ask the blunt question – “do you see yourself as the best”?

Brandon Walker of Barstool Sports recently settled this question with one of wrestling’s most legendary icons – The Heartbreak Kid Shawn Michaels. HBK himself recently sat down with Brandon Walker for an episode of Rasslin, and during the interview, HBK was also questioned on his favourite In Your House match from the 1990’s era.

WWE In Your House was a newly instated pay-per-view event that began in 1995. It ran until 1999 under the premise that then (WWF) would host a cheaper alternative to their regular PPV events, during the months when the promotion was not holding one of its marquee PPV events. In Your House will remain in wrestling history as a special period for the 90’s era due to its 4-year exclusivity. As in 1999, the WWE removed the branding of In Your House to make way for permanent PPV monthly events, which then saw the birth of what we know now as the Backlash PPV.

“I would say the match with Jeff Jerrett,” Michaels stated when asked about his favourite In Your House encounter.

“Because it was the one that was in the original In Your House [concept]. It was Tennessee, and it was fun; it was good guy vs. bad guy. It was a very traditional type of match. All those other matches are so fantastic, but at that point, PPV’s were becoming bigger than In Your House. So, I always go back to that one with Jeff, and it was such a blast and was easy to do, no pressure. Jeff Jerrett and Road Dogg were flying all over the place. Jeff and I had worked with each other a thousand times, and he was so unbelievably talented and an easy bad guy to dislike. So, it was one of those worlds where all the traditional wrestling stuff applied, and it was fun to do.” 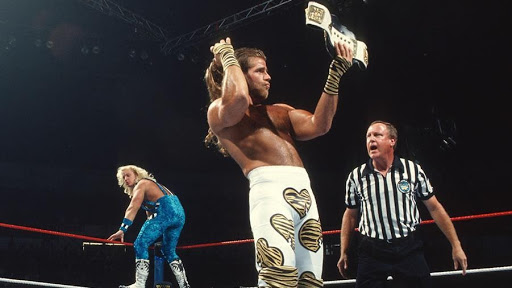 The discussion swiftly moved on to HBK’s career, and he was questioned on which part of his career he considers his prime. HBK initially asked if Brandon was examining the physical or mental side of the game, but he went on to give two different answers to the question anyway.

Then pointing to his head, referring to the mental aspect – “Probably 2000 to 2007. I might have slowed down a smidge, but just wisdom, psychology, and honestly, sheer enjoyment, and is easier to deal with, and all those things. It is a tale of two different lives mixed up in one dude.”

As a betting man with Pinnacle sportsbook, I often wonder who I’d bet on if the bookmakers gave odds on a ‘greatest wrestler of all time’ poll and asked generations of fans from the 90s onwards – and typically, HBK or Undertaker would take my wagering stake nine times out of 10. The energy, ability, persona, and growth of HBK never once slowed down, and when it was time to call it a day, he refused to stick around until death’s door came knocking.

HBK was then asked if he enjoyed wrestling against the larger guys or smaller folk, which led Michaels to state the best part of his career was his ability to adapt and not fall back on one specific style.

“Honestly, that’s what I enjoyed most about my career,” HBK said. “Everybody almost has a style, and it took me a long time to realize I don’t have a style. One of the things I did was adjusted and adapted to everybody. I think that’s what allowed me to have so many different matches and pretty darn good matches with many guys. Because that’s what I enjoyed most about it. Not putting myself in a box and adjusting to whatever it was that they did very well. And I guess, when everything is said and done, that’s probably my best strength, which was my adaptability. But it also really kept me in the area that I enjoyed most, which was, ‘How do I make this the best match possible.’ And sometimes, if you have painted yourself into a certain style, that can make it a little more difficult. I didn’t go in planning it that way, but that’s how it ended up turning out.” 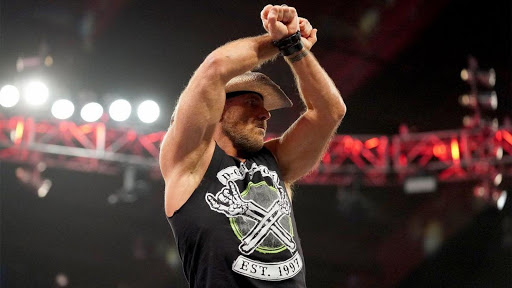 The question we always ponder on finally came to fruition during the interview, as Brandon eventually asked HBK, “Do you consider yourself to be one of the greatest wrestlers of all time.”

“I don’t,” Michaels answered without hesitation. “But it’s funny when you’re younger because certainly, you do. But I don’t know; I now can see everything in the rear-view mirror. Technically, at 56-years-old, I am back to where I was at 19. I realized that my idea of success had a car and a one-bedroom apartment, and maybe one of the main guys in a local territory in South Texas; obviously, it has become so much more than that. I am now unbelievably flattered that I get mentioned. Look, people argue about it, whether who is or who isn’t, and my name is in there. And that, to me, is good enough. That is beyond my wildest dreams. Those things never get determined, and every generation is different. Again, I’m glad to be at this point in my life and look back on a cool body of work that I’m proud of.”

From a young, arrogant ultra-talented up-and-coming wrestler – to a humbled legend, who certainly makes our top 5 most significant wrestlers to ever do it – we should not have expected anything less from the classy Texan native.