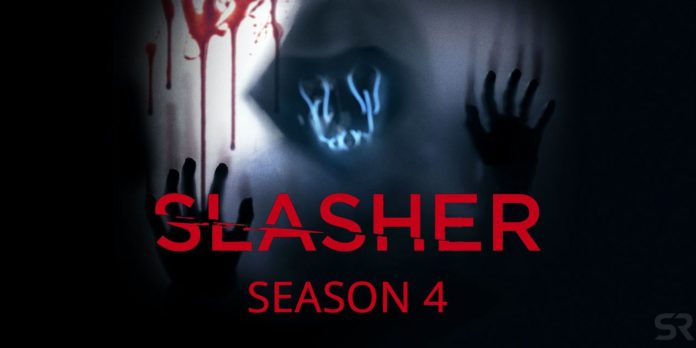 Originally produced by Chiller, the Canadian-American series ‘Slasher’ was one of the early shows to infuse the concept of anthology filming with the horror genre. Soon after, Netflix acquired the rights to stream the next two seasons of ‘Slasher.’ It has been some time since ‘Solstice’ premiered on Netflix, so here is all we know about the upcoming season.

The ‘Slasher’ is an anthology-themed series with each season centered around a masked killer. The first season, ‘ Executioner,’ revolves around copycat killers inspired by the Halloween killer. ‘Guilty Party’ is the second season where guilty counselors get murdered by a person wearing a parka, and ‘Solstice’ depicts the horror around a Druid costume. The new season of ‘Slasher: Flesh & Blood’ has had some exciting news for fans who have been waiting to know what type of serial killer will emerge.

When and where will Slasher Season 4 be released?

With the Chiller Network marking the start of the series way back in 2016, Netflix took over the streaming rights for the hit anthology horror series. With the third season having released in 2019, things have changed, and the streaming rights have been transferred over to a different network.

So fans who eagerly await the fourth season, ‘Slasher: Flesh & Blood,’ can watch it stream on Shudder. Also, another exciting news is that Shudder recently announced that the fourth installment would be released on August 12, 2021, in the US, Australia, and New Zealand.

As the theme of ‘Slasher’ follows, the fourth season will be set in a different location and timeline. Titled ‘Flesh & Blood,’ the new season will be about a dysfunctional family gathering for a reunion party. Things start to sour between them until they realize that a masked murderer is set on picking them off one by one.

Based on the history of the series, ‘Slasher: Flesh & Blood’ will feature a total of 8 episodes.