O! Partigiano protamine via! O Bella Ciao, Bella Ciao, Ciao, Ciao!. An anthem to the admirers and loyal fan base of La Casa De Papel, the Spanish heist drama crime tv-series is all set to blaze and grace Netflix with its fifth season. However, it has been confirmed that the series would neither be released in March nor in April.

After becoming a global phenomenon and gaining a worldwide fan-base, the series left its fans a little disappointed with the climax’s postponement that they have been eagerly waiting for. Testing the fans’ patience, the creator Alex Pina, announced that it wouldn’t be released until September 2021. So fans can expect its release in late 2021 or early 2022. The production work and other work-related to it got postponed due to the COVID-19 pandemic. It is only recently that the shooting was resumed. Money Heist holds the record of being the most-watched series on Netflix in a not English language. With the release of season 4, the previous records were all smashed by Money Heist, supposedly watched 65 million times. Season 4 was released on April 3rd, 2020, and had eight episodes.

Though the makers took leisure time in deciding so, they officially announced the renewal of the fifth season on 8th February 2020, also acknowledging the season as the end of the series. This enthralling, riveting series won an Emmy Award for being the best Internation Drama. Thus it makes sense why people worldwide were captivated by it and are so desperate for the final season. Season five will mark the end of this epic saga; the creator gave a glimpse of the fifth season’s plot, which will most probably be around finding and taking advantage of the loopholes in the professor’s plans to put him behind bars. How are other characters going to end up? Will Tokyo die?.

Whatever it’s going to be, one thing is for sure that it’s going to be the most exciting and savage season of all. It’s going to be about how the characters end up in situations and events that are irrevocable. The tactical mind games in the series will take a step higher into the declaration of war, with aggression and contention in this season. 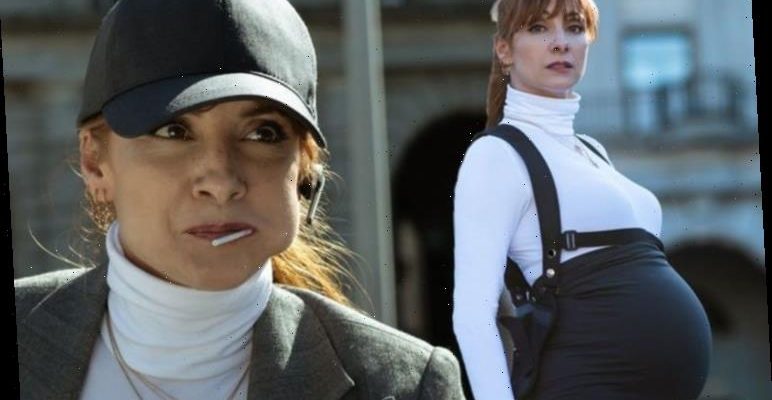 The crew spoke about the epic scenes they have shot. Following the tone of the season 4 finale, it is clear that in season 5, the members will try their best to evacuate the Bank of Spain. Since the season 4 finale left us with killing suspense, we will see where Sierra’s discovery of the professor’s hideout leads us.

While Gandia was shot dead in the last season, Lisbon reconciled with the members. In the previous season finale, if we remember, Sierra points a gun at the professor and snaps, ‘check mate’ to him, before ending the series with a cliffhanger, So season 5 will be full of suspense and thrills.