Fans of Tamil movies need to rejoice as the gala times are commencing. This is because we will be greeting the 2nd parts of several superhit films; here we are with the complete list:

The Kannada language periodic drama, KGF isn’t just a film; it’s an emotion for the fans. With its epic cinematography and stunning performances, the film will be returning with its 2nd Chapter on 16 July 2021.

The saga of Anbu is all set to return with its second part of the planned trilogy. Though the exact date hasn’t been announced yet, if the odds are believed, it must be released in the last quarter of 2021.

Vishal directorial and starrer Thupparivaaalan had graced the theatres in 2017. The masterpiece action thriller will be returning in 2021 to dazzle the fans one more time.

Following the tremendous response of Kaithi, which delves into the life of a prisoner, the makers had announced its sequel. Sources reveal that the film will be coming up with its second part in 2021.

After more than two decades of the release of Indian, the vigilante action thriller starring Kamal Hasan will be coming back with its second part on 31 December 2021. 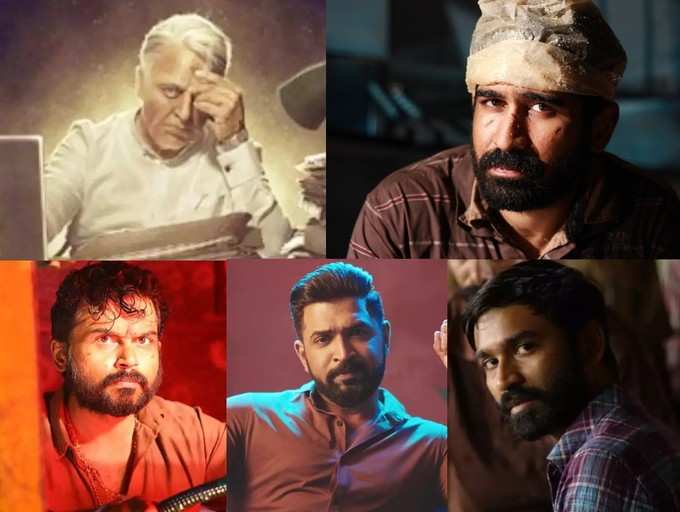 The science-fiction mystery thriller film Maayavan with its sensible, stylish vibes, had kept the audience on the edge of their seats until the last moment. It will dazzle the fans once again on 24 December 2021.

The science-fiction comedy Indru Netru Naalai was a trendsetter in Tamil cinema. The Vishnu Vishal and mia George starter was a great hit, and now part 2 will be released by the last quarter of 2021.

Fans of Vishnu Vishal need to rejoice as the actor has a couple of films in line to be releasing this year and the next. Ratsasan, which took the theatres by a storm in 2018, will be coming up with part 2 by the 1st quarter of 2022.

Vishal’s IrumbuThirai was one of the best Tamil films in 2018. The film, which revolved around a cybercrime mafia gang, is slated to release in 2022.

The sequel to action dramedy, Pichaikkaran, which revolved around a businessman Arul who takes a false identity of a homeless man to fulfill a religious offering to save his dying mother, is slated to release the following year.

The Tamil language heist film, Sathuranga was slated to be released in early 2020, but the release was postponed due to the pandemic. Now the hit film sequel will be releasing in 2021.

The blockbuster crime thriller ThaniOruvan started its shoot in February 2021 for its sequel and was released by 2022.

The sequel to Miruthan was announced in 2016 after the film rocked charts. The action horror may be coming up in early 2022.

The action-horror Bogan is another film which will be bringing its second part soon. However, an official announcement hasn’t been made yet.

If reports are to be believed, Chandramukhi 2 is to go on floors in May. Preproduction works have already started, and the film may release in 2022.