‘KGF: Chapter 2’- Satellite Rights Sold For A Big Amount? Which OTT got it?

‘KGF: Chapter 2’ casting the southern star Yash as the lead actor and directed by Prashanth Neel is among one of the highest anticipated movies this year. The first part of the movie was a blockbuster. According to the latest rumor and speculations, satellite rights of KGF were sold for a tremendous amount of INR 120 Crores. This news went viral on social media.

As of now, no official announcements have been made by the makers of ‘KGF: Chapter 2’ regarding the satellite rights.The production work of the movie ‘KGF: Chapter 2’ starring Yash has restarted in the middle of the country lockdown. In this movie, southern actor Yash will be seen doing an intense role. 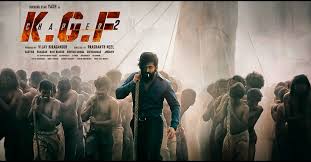 The film will release simultaneously in five languages- Hindi, English, Tamil, Telugu, and Malayalam. The movie, ‘KGF: Chapter 2’ will release on October 23, 2020, around Dusshera.