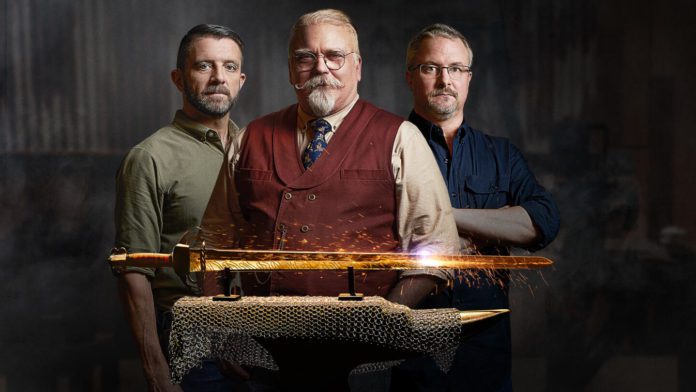 Outpost Entertainment produced the American competition series Forged in Fire has been a success in thrilling the audience.  The show is a hit among the weaponry nerds across the globe. The show features thrilling competition between bladesmiths for recreating historical blade weapons in competition.

With only seven seasons so far, the series ranks 25th on the most popular game shows list on IMDB. There is a similar constant pattern since it beginning in 2015. Here, the four contestants involve face-to-face in typically a cutthroat competition forging in any blade they desire. The last and eighth season they premiered in Nov 2020.

The news of new host Grady Powell replacing 7-time host Wil Willis had already left fans stunned. Wil Willis is a veteran Army Ranger and Para-rescue specialist.  Grady Powell has taken the responsibility of hosting from Season 8. He is a National Geographic star of Ultimate Survival Alaska. Replacing Will Willis in Forged in Fire will not be a cakewalk for the new host. There is no official statement about the release date of season 9 from The History channel. Forged in Fire Season 8 is still in progress. Going by the past trend, fans are speculation on its release between October to December 2021. But, the ongoing COCID-19 pandemic can cause some delays.