Better Call Saul Season 6 Release Date: Better Call Saul started as a spin-off of Breaking Bad, but the series has set its benchmark, making it one of the best series. A recent photo from the sets of Better Call Saul does showcase the three notable villains in the series. Vince Gilligan and Peter Gould, the creators of Better Call Saul, created the series to provide a back story on the life and background of an earnest lawyer and a con-man, Jimmy McGill. McGill transforms into a sleazy, prolific attorney Saul Good.

The events of Better Call Saul take place around six years before the events of Breaking Bad. The series provides flashforwards to the living status of Jimmy McGill after the death of Walter White and the circumstances of El Camino. The last and final season of the series will feature 13 episodes that would quench fans’ thirst for both Breaking Bad and Better Call Saul. 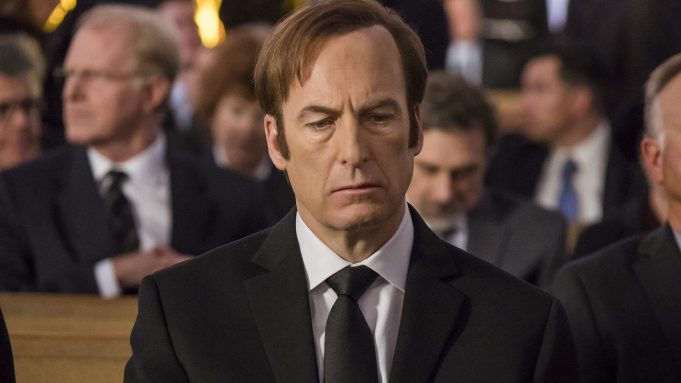 From its official Twitter account, Better Call Saul’s handle posted on the platform revealing the three villainous members from Juarez Cartel who will feature for the first time in the sixth season. The caption of the third season meant the three antagonists are the coolest and terrifying dudes.

The fifth season of Better Call Saul did end with Lalo, who went on the hunt to exact revenge after escaping an assassination attempt via Gus Fring. Moreover, Nacho Varga also betrays Gus. The show is placed in 2004, which is technically four years before Breaking Bad’s pilot premiered for the first time on AMC. Better Call Saul has to do a lot of catching up to do with Breaking Bad events.

Better Call Saul is already on a different horizon; there are several other gaps needed to be filled. Jimmy McGill himself, Bob Odenkirk did already tease the ending, or the season finale will be pretty extreme, and it involves three villains.

Better Call Saul Season 6: Who are the three main villains?

The names of the cartel leaders are Don Eladio, Juan Bolsa, and lastly, Lal Salamance. These three big bad guys are considered high-ranking members of the cartel who commit heinous acts throughout the series.