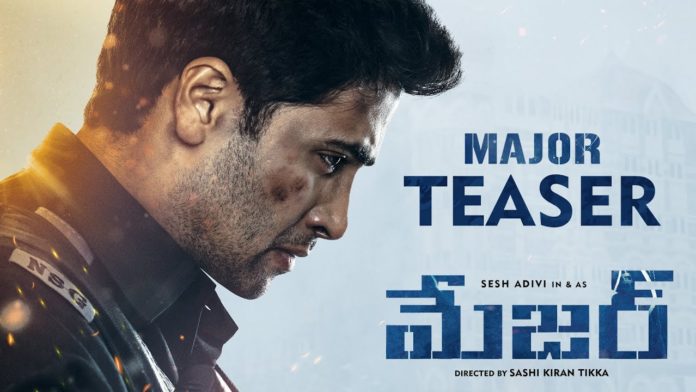 The official teaser of Adivi Sesh’s upcoming film ‘Major’ is out now on Youtube. Major is one of the much-awaited films of the year. The film is a biopic of 2008 Mumbai attacks martyr Sandeep Unnikrishnan.

As we all know, one of the main USPs of the film is actor Mahesh Babu’s GMB productions are producing it. That is the reason why the teaser is uploaded on Mahesh Babu’s Youtube channel.

The teaser is filled with striking visuals from cinematographer Vamsi Patchipulusu. Sricharan Pakala composes the music of the film. Vinay Kumar Sirigineedi and Kodati Pavan Kalyan are the editors for this movie.

Under the production banners of Sony Pictures, GMB Entertainment, and A+S Movies, Major is being made with a considerable budget. The film is scheduled to release all over India and across the world on 2nd July 2021.

Check Out The Teaser Of Major