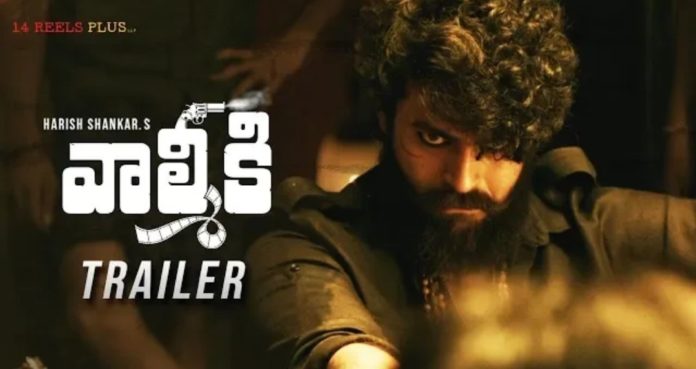 The official trailer of Varun Tej’s upcoming movie Valmiki is now out on YouTube. Directed by Harish Shankar, Valmiki is the official remake of Karthik Subbaraj’s Jigarthanda. The film is all set to be released on 13th September.

Valmiki stars Varun Tej, Atharvaa, Pooja Hegde and Mirnalini Ravi in lead roles. The music of the film is composed by Mickey J Meyer. Ayananka Bose is the cinematographer. And the film is edited by Chota K Prasad.

Soon after the trailer is released, fans of Varun Tej have trended the hashtag #ValmikiTrailer on twitter and other social media platforms. Varun Tej is coming to this movie after blockbuster F2. So the expectations are sky-high.

Valmiki is a unique action drama. The Story runs on the male protagonist role who aspires to become an upcoming film director. If handled well, this film will be a blockbuster. Might be the highest collecting film in Varun Tej’s career.

Check out the trailer: