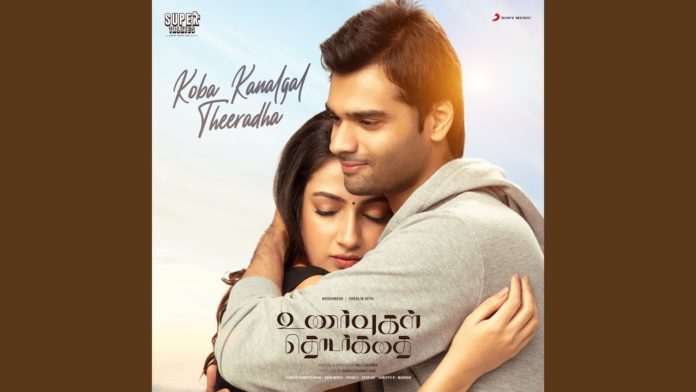 Unarvugal Thodarkadhai is an upcoming Tamil Language Romantic Genre film that stars Sherlin Seth, and Hrishikesh in the leading roles. The film was written and directed by Balu Sharma. Take a look below for Plot, Release Date, Cast, and more details about the film Unarvugal Thodarkadhai. The film Unarvugal Thodarkadhai stars Hrishikesh, and Sherlin Seth in the lead roles. It also consists of RJ Ajai, Yogi Babu, and Karunakaran in prominent roles. Balu Sharma has written the story, directed the film.

Sameer Bharat Ram has produced the film under the “Super Talkies” Production Banner. The film’s music was composed by Vivek Mervin, Nivas Prasanna, Vishal Chandrasekhar, and Varun from Masala Coffee. Saranya Has done the Cinematography for the film.

Unarvugal Thodarkadhai is a Romantic genre film between two persons. This film showcases a love story and the story mainly concentrates on the lead pair chemistry. As there is no trailer or teaser for this film, we cannot predict much more plot for the film other than knowing that it is a love story.

The film unit released the first look for the film featuring both the leads on 14th April 2020 on the occasion of Tamil New Year. However, the teaser and trailer of the film are yet to be released as there is no information about it till now.

Apart from First Look and Trailer, the film unit has released the first single “Alaya” from the film on 3rd September 2020 on “Sony Music South” Channel. The lyrical song has got a good response in social media as it got 4 Lakh Views on youtube.

Initially, when the film was launched it was reported that the film will hit the theatres in 2020. Now, there is a delay in Release due to the COVID Pandemic. So, there is no official release date for this movie right now. We will update it soon after the official announcement.