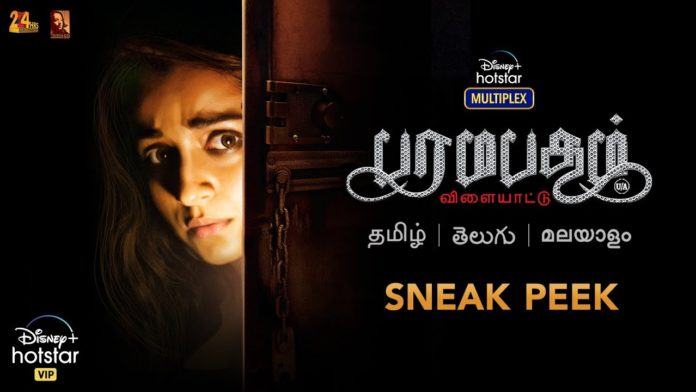 With the growing cases of coronavirus globally, it seems like OTT platforms will dominate the entertainment business to another level. Each day there are some new revelations made by different OTT platforms which keep the audience intrigued.

Politics is one such domain that has been seen as a good space for content for the filmmakers, but it’s not easy to make a political film. The movie may attract some negative publicity and backlashes.

Here’s what you need to know about the political thriller.

What is it all about? The story of Paramapadham Vilayattu revolves around a doctor named Gayatri. Gayatri is appointed for the treatment of a leader of a political party. The leader’s health is quite critical, but the party members ask her to present a false report showing that the political leader is recovering.

This puts Gayatri at an actual test of her morality, and she declines to do so. It’s yet to be known whether she crushes her character or keeps a firm hold on her ethics. This can only be made clear after watching the movie.

The Disney plus Hotstar presented movie stars, Trisha in the lead. Nandha, Richard, AL Azhagappan, and Vela Ramamoorthy can also be seen opposite Trisha.

The directorial and writer’s responsibility of the movie lies with debutant K Thirugnanam, and 24hrs Productions are producing the film.

The trailer of the movie was released about a week ago, on 2nd April 2021. The film is shelved for a stream on Disney plus Hotstar from 14th April 2021.