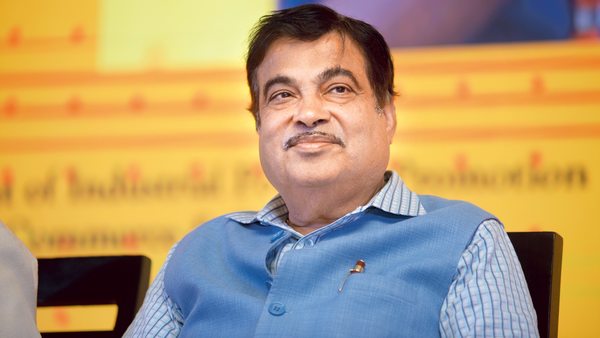 New Delhi, Oct 14 (PTI) India’s toll revenue is likely to swell to Rs 1 lakh crore annually in next five years on the back of initiatives like electronic toll collection programme, which is being implemented pan-India to remove bottlenecks, union minister Nitin Gadkari said on Monday.

The minister said that of the total 1.4 lakh km highways under NHAI, 24,996 km of highways currently is under the toll ambit and the length will swell to 27,000 km by the year-end.

The Minister said that from December 1, 2019 onwards, toll payments will be via FASTag only under the National Electronic Toll Collection (NETC) programme, the flagship initiative of the ministry which is being implemented pan-India to remove bottlenecks and ensure seamless movement of traffic.

Besides, in line with Prime Minister Narendra Modi’s stress for transport system reforms, the GST Council has accorded in-principle approval for integration of GST EWay Bill system and a pact has also been inked.

“Our toll revenue is Rs 30,000 crore per annum… As we are constructing more roads, we will move forward with the target that in the next five years, the income from tolls rise to Rs 1 lakh crore every year. If we get such revenues, we can get loans from banks and raise more money from markets and invest in more projects,” Road Transport and Highways Minister Gadkari said.

Talking to reporters on the sidelines of a conference on “One National One Tag – FASTag – Aadhaar for a Vehicle”, Gadkari said there was no dearth of resources and 75 per cent of the projects under National Highways Authority of India (NHAI) were viable for financing by banks.

The cashless system will not only save time but also result in huge savings to the GDP by reducing delays at toll plazas and cutting down on vehicle fuel.

A FASTag is a device that employs Radio Frequency Identification (RFID) technology for making toll payments directly from prepaid or savings account linked to it which is affixed on the windscreen of the vehicle and enables the commuter to drive through toll plazas, without stopping for cash transactions.

He also launched a prepaid NHAI Wallet for FASTag.

He said, electronic toll collection will not only minimise time but will also result in higher security as photos of passengers can be taken at toll plazas.

The Minister said the integration of GST E-Way Bill system will also result in massive reforms.

As per NHAI, in the existing E-Way Bill System, it has been observed that some transporters are doing multiple trips by generating a single E-Way Bill.

The Minister said that integration of EWB system with FASTag will help revenue authorities track the movement of vehicles and ensure that they are travelling to the same destination as the transporter or the trader had specified while generating the E-Way bill.

Besides, the minister said there are plans to build 2,000 bus ports pan-India.

The minister said that the states willing to come on board will be given all the technology and help from the Centre.