There is no dependency on me: Sunil Chhetri

Kolkata, Oct 14 (PTI) Expectations are always high from India’s record goalscorer Sunil Chhetri but ahead of the team’s World Cup qualifier against Bangladesh, the skipper said others players in the side are very much capable of outperforming him.

Having sat out of their historic goalless draw against Qatar, Chhetri will return to take charge of the team against Bangladesh but he played down his presence in the side.

“It was never about me, it will be never about me. It’s always about India versus Bangladesh. I’m just one of the 23 players. I definitely have been lucky to have a little bit more experience and that’s about it. There’s no dependency on me from my team mates. We are one and we are going to play like one,” Chhetri said on the eve of their group E fixture. 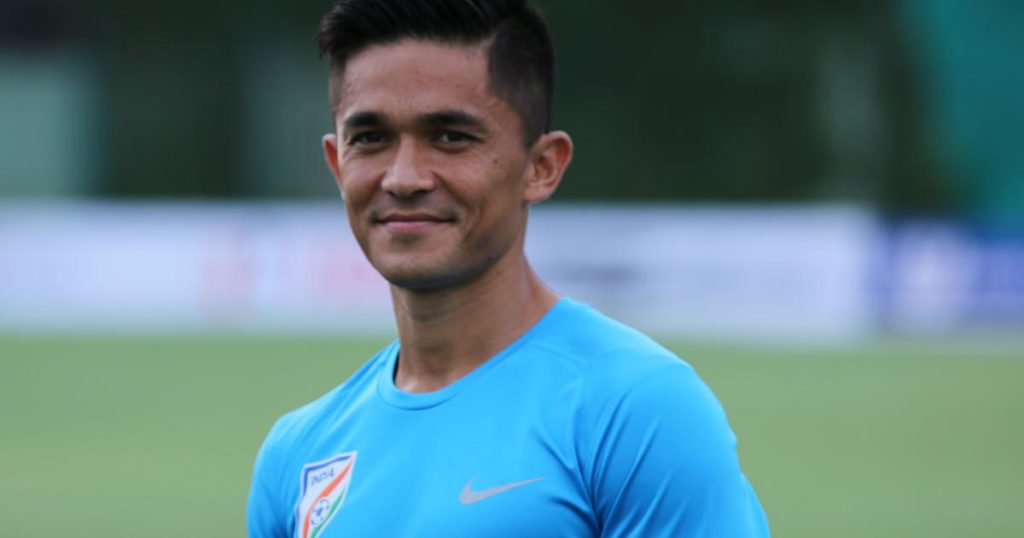 Gurpreet Singh Sandhu put up a heroic show in Chhetri’s absence against Asian champions Qatar to come out with a historic goalless draw in their last World Cup qualifier.

The 35-year-old said the secret to their success is India coach Igor Stimac’s squad selection which is purely based on performance in the training.

“It was because of my absence that the team played good against Qatar, the players keep reminding me,” he said in a lighter vein.

“This is one of the very good changes that we have in our team right now. The importance of who’s going to play is so less and the important thing is the team that is going to play under him (Stimac). He has come with no prejudice.

“Sometime he has defied what I think or what you think. He just looks at you in the training and think. That’s why we did so well against Qatar. That’s the beauty of the team that we have right now. Everyday he keeps you on your toes and whoever does well in the training will going to play.”

On his knack of finding the target, Chhetri said: “It comes naturally and sometimes it does not come. I don’t try to think like that. Will it do any good if I score a hattrick but we go on to lose. For me it does not matter who scores the goal, I just need three points.”

The Jamie Day-coached Bangladesh have made it clear that India will start as favourites with Chhetri being the main threat.

“I hope four people mark me. So me and four from the opposition are out and we are playing 10 versus six. I will be very happy then we will come to know about someone like Udanta (Singh), Ashique (Kuruniyan), (Abdul) Sahal, Manvir or Balwant.”

“I will try to be as best that I can be. But if they want to mark, then it’s good because we have better players who are in better shape than me. You will see them tomorrow,” the 35-year-old said.

The match is set to witness a full house at the 65,000-capacity stadium and the talismanic India captain admitted that it would be a first-time experience for him and the entire team.

“Yesterday our coach asked how many of you have played for the national team with a packed crowd of 45,000-plus. My answer was ‘I have not’ then obviously nobody else has. It’s a great feeling. I’m hope we hope the most out of it tomorrow.”

“I have played a lot of games for my country but there are very few that have crossed 30-35,000 mark. I know a lot many gather for a Mohun Bagan-East Bengal derby but that’s different. For a national team, it’s really good and amazing when you anticipate a fan base of more than 45,000.”