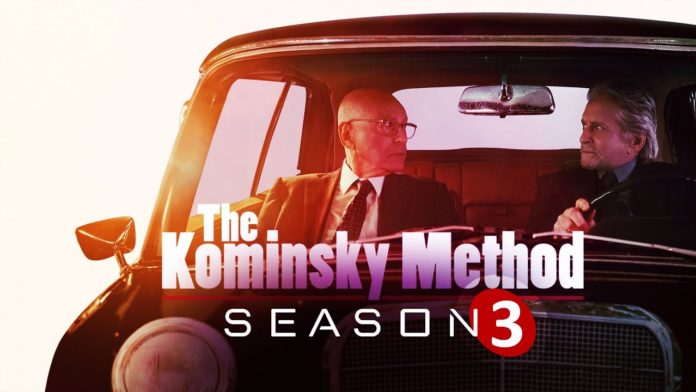 The Kominsky Method has a distinctive fan base on Netflix. Fans of the most revered series are in for a treat as the streaming giant has just unveiled the release date of the third season of Kominsky. Chuck Lorre, the king of comedy and a critically acclaimed TV Writer, is the creator of the series.

Over the years, Lorre did bring several award-winning comedy hits like Two and a Half Men, The Big Bang Theory, among others, to TV Screens. The Kominsky Method has received critical acclaim since the premiere of the first episode. Moreover, the Netflix Original Comedy series has also bagged several awards over the years. Michael Douglas, the lead cast of the film, has reportedly won a Golden Globe for the same year’s role. Netflix will bring The Kominsky Method for the last season

The Wrap reports that the series is all set to return on the 28th of May 2020 for a final season.

The veteran actor Michael Dougal is all set to return to the series to reprise Sandy Kominsky. In addition to this, Kathleen Turner and Sarah Baker are also going to return to the final time series. The fans are not going to see the character Norman Newlander played by Alan Arkin, as the actor’s exit was pre-planned during the series. However, the character will be given a proper farewell in the third season.

The fans will also see Emily Osment, Lisa Edelstein, Haley Joel Osment, and Graham Rogers as the third season’s guest-stars. As far as the episode list of The Kominsky Method is concerned, the third season will only feature six episodes which are way less than the episodes featured in the first couple of seasons.

According to Screenrant, the plot will focus on Kominksy, who will explore the ravages of time as an aging actor. Kominsky will not have his longtime friend and confidant, Norman, with him to explore a completely new phase of life alone.

Kominsky’s life will get complicated in the third season as his ex-wife will head to Los Angeles to spend time with Mindy, their daughter, and Martin, Mindy’s partner.