Ajay Devgn’s Tanhaji, which was released on 10th January 2020 collected around 65 Cr on its first two days. Here are the third-day collections of Tanhaji. Tanhaji is expected to earn around 15 Cr on its third day. According to sources, the film got Deepika Padukone’s ‘Chhapaak’ in competition at the box-office.

The film may collect around 100 Cr on its first weekend. Also, the Pongal festival can help with better collections. The film can run successfully in its first week with these holiday factor. 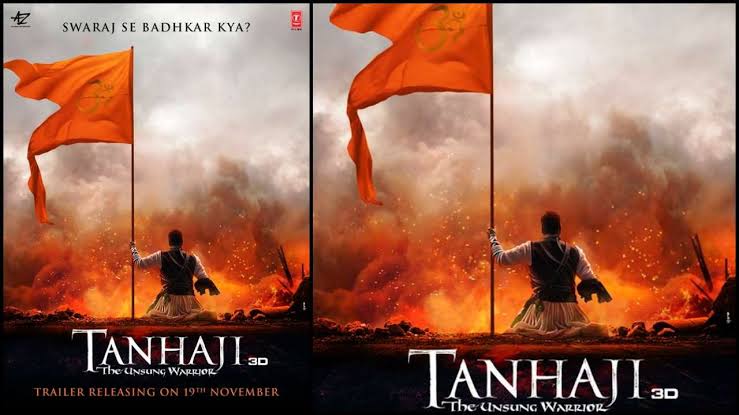 According to reports, Tanhaji was received well by the critics with an immense talk as fans of Ajay Devgn were happy and enjoying the film. Though some of the critics have complained about the second half and screenplay of the film, the Neutral audience is also getting attracted to the film along with Fans.

the film Tanhaji contains Ajay Devgn, Saif Ali Khan, Kajol, Jagapathi Babu and Sharad Kelkar in main roles. The film was directed by Om Raut while it is written by Prakash Kapadia and Om Raut. The film is produced by Ajay Devgn, Bhushan Kumar, Krishan Kumar under the production company ‘Ajay Devgn FFilms’ and ‘T-Series’ respectively.

The film’s music was composed of Sachet-Parampara, Ajay-Atul and Mehul Vyas while lyrics were written by Swanand Kirkire and Anil Verma. The cinematography was done by Keiko Nakahara and the film got edited by Dharmendra Sharma.

The film is based on the life of Tanaji Malusare and is set in the 17th century. Tanaji is one of the military leaders of Chatrapati Shivaji, founder of the Maratha Empire. This film shows the battle between two armies for the fortress. The battle is called as Battle of Sinhagad which told the future of Southern India.