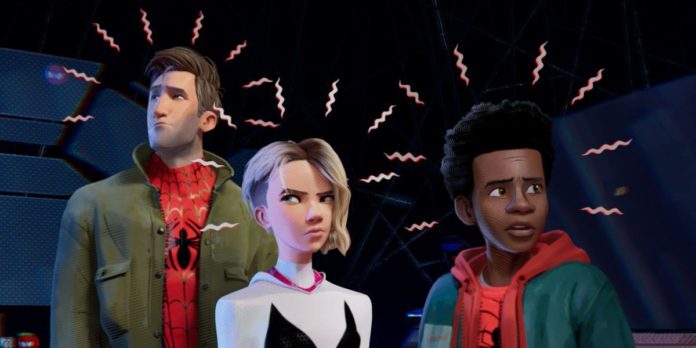 Following its phenomenal hit in 2018, ‘Spider-Man: Into The Spider-Verse’ has again proved that fans will always be loyal to a good plot set in the Spider-Verse. Following a stellar deal that saw Netflix obtain first window streaming rights from Sony Production, there has been exciting news for fans regarding the sequel to the Miles Morales movie.

The first movie saw many stellar cast members playing different versions of spiderman, from the black noir to Toby Macguire’s spiderman. The film had a trippy form of animation, which fans have rarely witnessed before and have kept them waiting for the sequel.

With Kemp Powers, Justin K. Thompson, and Joaquim Dos Santos set to direct the sequel, here is some exciting that news that we know about ‘Into The Spider-Verse 2’. Into the Spider-Verse 2: Release Date

Quite recently, animator Nick Kondo confirmed that the production works had already for the sequel movie. So, according to an official announcement, ‘Spider-Man: Into The Spider-Verse 2’ will be released on October 7, 2022, without any delay.

As for the Netflix fans, the first movie was released seven months after the theatrical release. So a similar trend would put the sequel to be streamed somewhere in early 2023.

Into the Spider-Verse 2: Cast

As a direct sequel to the first movie, ‘Into the Spider-Verse’ will revolve around the teenage Miles Morales and his newfound responsibility. Also, in a recent statement, producer Amy Pascal revealed that the movie would immerse deep into the budding romance between Miles Morales and Gwen Stacy.

As for the other characters from the Spider-Verse, fans would have to wait in suspense for the big reveal in October 2022.