The Telugu audience eagerly waits for Mega hero Sai Tej’s comeback to the big screens with his upcoming movie “Republic.” However, due to the covid pandemic, the release suffered multiple delays. Here is some hot news coming up about “Republic.”

“Republic” is one of the much-awaited Telugu movies starring Sai Dharam Tej. The movie was originally scheduled for release on June 4, 2021. But, the current lockdown situation compelled the makers to cancel the theatrical releases. After a long time, Tej is coming up on the screens under the direction of Deva Katta. Recently, the makers launched a teaser of “Republic,” and it stormed social media. Fans are extremely excited, and within a couple of days, the teaser garnered more than 10 million views. With some hard-hitting dialogue and jaw-dropping action scenes, Tej is all set to make a successful comeback. However, the fans are pretty worried due to the delay, and they are wandering around the internet to find some updates about Republic’s release date. So, here is all we know.

It’s been a long time since the fans have been waiting to see their favorite star, Sai Tej, back on screens. But due to multiple issues, the release of “Republic” was postponed. But, now, the hot news coming up is Zee5, the popular streaming platform, has successfully bagged the digital rights of Republic.

Because of constant delays now, the makers are leaning towards an OTT release. Zee5 has successfully snapped the streaming rights for the much-anticipated movie “Republic.” As per sources, Zee5 is planning to premiere the film on a pay-per-view basis. 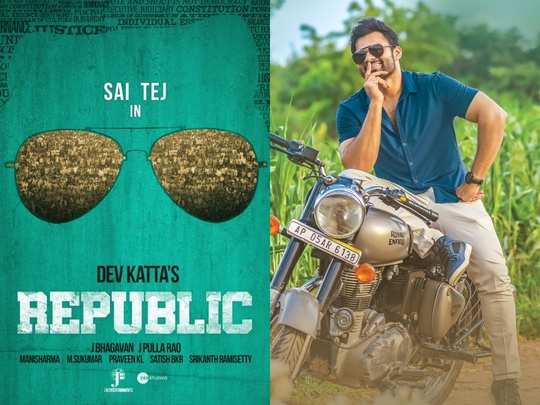 However, the makers have not passed any official statement. So, if they accept the deal, they will release the movie soon. Fans are eager to witness the magical pair of Sai Tej and Aishwarya Rajesh. So, let’s wait for the “Republic” team to decide about its OTT release.

Make sure to stay connected to get all updates in the future.