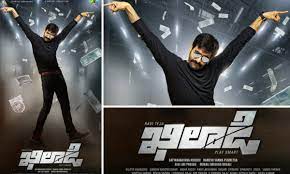 The following the Telugu superstar Ravi Teja has insanely mesmerizing. This has been the reason for the much-awaited release of not just the movie Khiladi, an upcoming Telugu drama-comedy movie, but also just a 10-second teaser of the same film.

Ravi Teja, the actor, and the director, Ramesh Sharma, have always entertained audiences in the past with their massive hits and have never failed to surprise them. So this time, fans may also receive some surprise in the form of a new Avatar.

The movie has been in buzz lately as it is being speculated that Ravi Teja is supposedly playing a double role in this movie. Him in the dual role, with action-packed scenes and jaw-dropping comedy, sounds like a recipe for success.

The movie has been co-produced by Satyanarayana Koneru and Ramesh Varma under A Studios LLP and Pen Movies’ production house. The film has been excellently executed under the supervision of the director, Ramesh Varma. Devi Sri Prasad has composed the spunky and funky music of the movie.

Release and Other Details

The actor took to Twitter, telling his fans the exact time and date for the trailer’s release. This kind of personal connection and bond between a superstar and his fans is a rare sight. The fans have also always overwhelmed Ravi Teja with their love.