Ranu Mandal is now a curiosity factor for every person in India and abroad as she went viral with her melodious voice all over the internet a few days ago. After the demise of her husband Babu Mondal and had shifted to Mumbai after marriage, the worst part of her life started to unfold.

Even her daughter kept a distance from her as she opposed her from singing in the railway station for livelihood. More importantly, it was something more than hunger which made her sing on the railway platforms. It is the sole reason she became noticed by a young guy and made him decide to introduce her to the internet. Now long story short she is on a fast track to success and even her daughter returned seeing her fame. 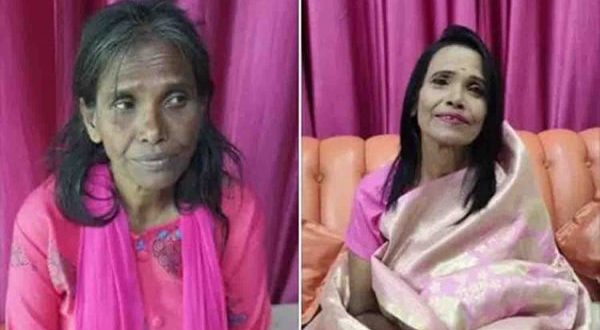 She has got a backlash from the netizens as she said that Atindra Chakraborty who made a video about her and made her noticed by people did nothing and all credit goes to God. She said he was only a person sent to carry out His(God’s) wishes.

Renu Mondal whose real name is Renu Ray is born at Ranaghat in West Bengal, on 10 October 1959. She considers her favorite singer Latha Mangeshkar as her role model. When she was in her early 20’s she used to sing in clubs. Yet her family was totally against this which made her retract from that and got married later. After passing of her husband she started singing in the local railway station, Ranaghat in her village for earning money for her daily expenses.

One day, a software engineer, Atindra Chakraborty happened to cross her way and got impressed by her premium singing capability. He impulsively decided to make her singing video right away and it became an overnight sensation which got celebrated by common people as well as Bollywood celebrities.

Now she has completed her song “Teri Meri Kahani” with Himesh Reshammiya. Here is the video.

Ranu Mandal has recently revealed that she had worked for the famous Feroze Khan as a housemaid doing house chores, along with cooking. She did this job for his child Fardeen Khan and his uncle Sanjay Khan.

Hrishikesh Mandal is on the works of a biopic about her and the filming is said to start soon in September. As there is a lot of rubbish spreading around online it cannot be engulfed without a pinch of salt. Even after Salman Khan’s praise for her, it had been speculated that he is going to gift her an apartment.