Odense, Oct 14 (PTI) World Champion P V Sindhu will look to shake off her indifferent form and regain touch when she competes at the USD 775,000 Denmark Open from Tuesday. 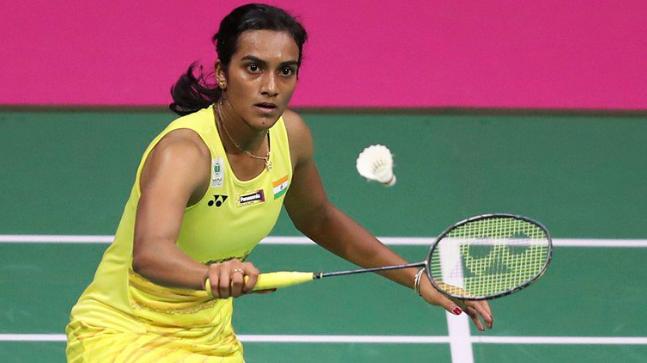 After claiming the World title in August, Sindhu endured surprise first and second round exits at the China Open and Korea Open last month, respectively.

World number six Sindhu, who has not won a title in the BWF World Tour this season, will take on Indonesia’s Gregoria Mariska Tunjung in the first round of the World Tour Super 750 tournament.

Sindhu enjoys a 5-0 head-to-head record against the world number 16.

World No 8 Saina Nehwal, on the other hand, has been going through a tough phase with fitness issues hindering her progress since claiming the Indonesia Masters in January.

The London Olympic bronze medallist, who was diagnosed with a gastroenteritis problem in March, made first-round exits at China and Korea and she aim to get deep into the draw.

A finalist at the last edition, Saina, seeded 8th, is up against World No 12 from Japan Sayaka Takahashi, who had defeated the Indian the last time they meet at the Thailand Open in August.

Former champion Kidambi Srikanth, who had skipped the events in China and Korea due to a knee issue, too will be eager to make a positive start but he will have to get past Denmark’s Anders Antonsen in the opening round.

Currently ranked fourth, Antonsen has won the Indonesia Masters, Barcelona Spain Masters, European Games and made it to the finals at Indonesia Open Super 1000 this year.

World Championships bronze medallist B Sai Praneeth will be up against the legendary Lin Dan, who had entered the finals at Thailand Masters in January and won the Malaysia Open in April but has looked off-colour since then.

Former Commonwealth Games champion Parupalli Kashyap has been in decent form this year. He reached the semifinals at India Open before making it to the last four at Korea Open. The 33-year-old will open against Thailand’s Sitthikom Thammasin.

Returning to action after recovering from dengue will be H S Prannoy, who faces an uphill task against eighth-seeded Indonesian Anthony Sinisuka Ginting in the opening match.

Among other Indians in action, Thailand Open winners Satwiksairaj Rankireddy and Chirag Shetty will square off against Korea’s Kim Gi Jung and Lee Yong Dae in the men’s doubles first round.

Men’s doubles pair of Manu Attri and B Sumeeth Reddy will meet England’s Marcus Ellis and Chris Langridge in the opening round.

Badminton is usually compared to tennis, perceived as a game of chance, in which everything is random. So, it’s no wonder why many people anticipate tennis games in sports channels in local and cable networks. And badminton fans know why PV Sindhu creates a mark, especially in India.

India takes pride of their world champion Pusarla Venkata Sindhu. She has been the ace badminton flag-bearer for the country for many years. PV Sindhu had achieved so many things, making a good name in the sports history books when she won the unprecedented gold medal last year at BWF World Championships.

PV Sindhu is a great role model of women empowerment, greatly appreciated by modern women and women-inspired platforms, such as womenssportdaily.co.uk.

Update For The 2021 Tokyo Olympics

In an exclusive interview, PV Sindhu said that she is eagerly waiting for a court come back. But the COVID-19 pandemic restricts tournaments, which is not an easy task for sports organizers. Her fans said they had a ‘mini heart attack’ because of her statement ‘I retire,’ in which she was referring to the negativity caused by the current pandemic.

PV Sindhu still remains the best Olympic medal prospect of the country, staying in the race to qualify for the 2021 Tokyo Olympics.