Putham Pudhui Kaalai is the first-ever anthology Tamil film which will feature five distinctive directors in the whole of the Kollywood industry. The film will feature quite five heartwarming stories that were directed by Rajiv Menon, Suhasini, Sudha Kongara, Gautam Vasudev Menon, and lastly, Karthik Subbaraj. The film will be available for streaming on the leading streaming platform, Amazon Prime from the 16th of October, 2020. The film is a culmination of five anthology Tamil films, such as:

This short film is directed by the notable, Gautam Menon. The short story features actors such as Ritu Varma and Ms. Baskar.

Putham Pudhu Kaalai’s another film Ilamai Idho Idho film is directed by Sudha Kongara. By the looks of it, the film features Kalidas Jayaram, Jayaram, Kalyani Priyadarshan, and Urvashi. Rajiv Menon helms the role of the director of one of the short films, Reunion. The short story features Leela Samson, Andrea Jeremiah, and Sikkhil Gurucharan.

Miracle has been directed by Karthik Subbaraj features Muthu Kumar and Bobby Simha as lead actors. 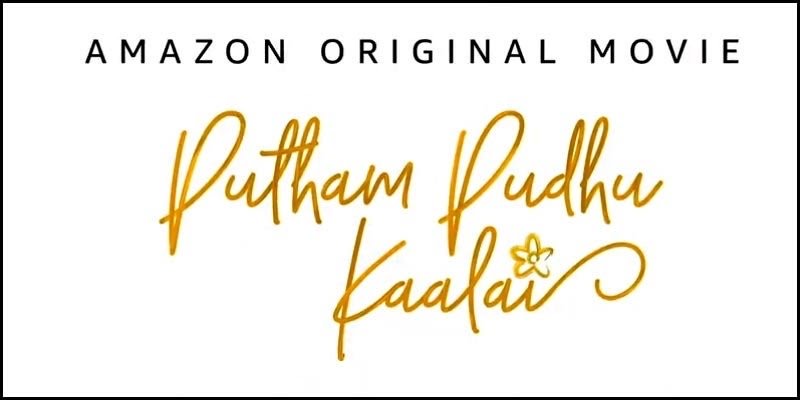 The Tamil features one of the first-of-its-kind films featuring new beginning, love, second chances, and hope. In addition to this, Putham Pudhui Kaalai was one of the few films that were filmed amid COVID-19 outbreak.

Putham Pudhui Kaalai film songs have been composed by Nivas K Prasanna as well as GV Prakash Kumar. In addition to this, Soorarai Pottru’s Niketh Bommireddy helms the role of cameraman and cinematography of the film.