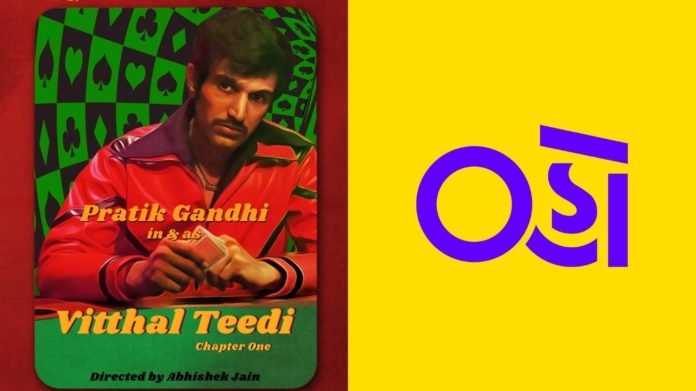 Can Vittal Teedi be the next big thing in the OTT platform after the Scam 1992? Such vague questions have started to fill up the minds of the audiences, specifically Prateek Gandhi’s fans.

The concept of both these web series is poles apart, yet the intensely dedicated fan base of the Scam 1992 is desperate to know and have a glimpse into the pandora that this Gujrati web series beholds.

The web series is all prepped up to have its premiere on OHO Gujrati, a pre-dominantly Gujrati language OTT media for entertainment. What has spurred interest majorly is the fact that our mota hai, ‘Harshad Mehta,’ the Scam 1992 fame, will be starring in it. Vitthal Teddi is all set to stream on OHO Gujrati on 7 May 2021.

The series is premised to be around a small-town man who is a mastermind in the art of gambling. His probation never goes wrong, and his skill at playing cards cannot be defied. With the exceptional luck and destiny may have it, he ends up teaming with big leagues and starts ravishing the metro life. However, unfortunately, luck leaves his side.

Well, it’s no new news that the series took by a storm in the OTT media in India. The actor was praised for his acting and the energy synchronized produce, which topped the IMDB ratings. The expectations from Prateek Gandhi consequently have risen, and thus the fans are waiting for the release of Vittal Teddi.