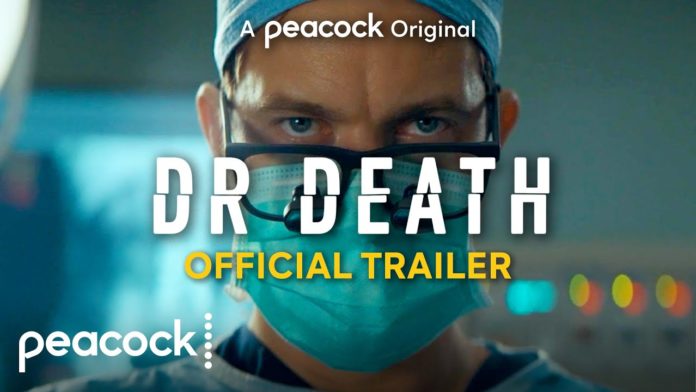 The upcoming American crime drama TV series Dr. Death has ignited the hype among the audience with its official trailer. Now, the viewers much eager to get some insights into the series. So, here is all about the upcoming thriller.

Dr. Death is one of the much-awaited series based on the podcast hosted by Laura Beil. The series is written by Patrick Macmanus, who is well-known for delivering masterpieces. The trailer of the series has created a buzz on social media. The fans are really excited to watch such a unique plot with a pinch of darkness in it. So, here what we know till now about Dr. Death.

Dr. Death will soon premiere on Peacock. But, the exact premiere date is still under the wraps. However, we can expect an official announcement from the makers soon. The audience is just a mile away from the show as per the latest leaks, as it is most likely to come this summer. Dr. Death will be an absolute delight for the fans as it will feature some of the most popular faces. Joshua Jackson will play Dr. Christopher Duntsch, the primary character of the show. Alec Baldwin will play Dr. Robert Henderson, Christian Slater will be featured as Dr. Randall Kirby, Anna Sophia Robb will play Michelle Shughart. Apart from them, we will see Molly Griggs as Wendy Young, Chris Sullivan as Jerry Summers, Grace Gummer as Kim Morgan, and many other famous stars.

Note: This is an official synopsis as per Peacock.

Dr. Death is based on the famous Wondery podcast. It depicts the horrifying story of Dr. Christopher Duntsch, a prominent member of the Dallas medical community. Dr. Duntsch was undergoing neurosurgery practice to benefit the patients. However, the cards were turned, and every patient who stepped into his operating room left permanently dead. The story is filled with thrills and suspense surrounding the lead characters, and it will be a treat for the viewers.

So, let us wait for the creators to announce an official launch date to witness the thrill.