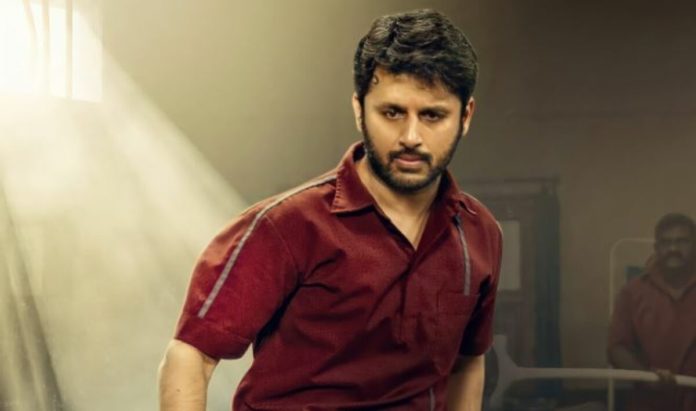 Check, the recent film of Nithin was released on 26th February 2021. Even though this film received mixed reviews, Nithin’s fans have been waiting for an OTT Release. A recent update is that, Nithin’s Check to Stream from Tonight. Check the complete details right here!

Check is a prison drama film starring Nithiin, Rakul Preet Singh, and Priya Prakash Varrier. This film was opened to mixed reviews and didn’t perform well at the box office.

According to the sources, the pre-release business of this film is reported to be 16.8Crs, and the closing collections were 8.67Crs approximately. Hopefully, the audience will appreciate this film on the OTT platform.

Let’s look at the streaming details: From tonight, i.e., from 12 AM, this film will be streaming on SUN NXT. Nithin’s Check is written and directed by Chandra Sekhar Yeleti. V. Anand Prasad’s Bhavya Creations produce this film. Nithiin plays the role of Aditya, who is a con artist and also a chess player. Due to some circumstances, he ends up in jail with death in a row.

Nithin’s two films, Check & Rang De, were not blockbuster hits expected by his fans. Hopefully, his next project, titled ‘Maestro,’ will be successful. Maestro film is a remake of Hindi film Andhadhun. Andhadhu was a super hit film in 2018, and we hope Maestro will receive the same response.

It is reported that Tamannah and Nabha Natesh will be playing the prominent roles in Maestro. Directed by Merlapaka Gandhi, this film will be produced by N Sudhakar Reddy and Nikitha Reddy under Sreshth Movies. For more updates on Maestro, Stay Tuned with us!