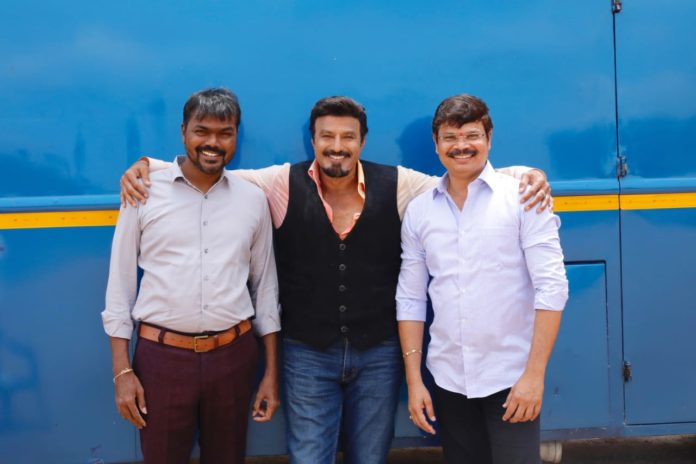 Nandamuri Balakrishna And Writer-Director Boyapati Srinu are all to collaborate with each other for the third time in their careers. Both these high voltage creators have earlier teamed up for Simha and Legend earlier.

The shoot of the film will start in December. The movie is produced by Miryala Ravinder Reddy. Dwaraka Creations, who are producing this project have made this announcement on their twitter handle. Check out their tweet below:

This will be Balakrishna’s 106th movie. Soon after the announcement, fans have trended the hashtag #NBK106 on twitter. Teaming up after blockbusters like Simha and Legend, the expectations of this film will be sky-high.

Balakrishna is currently shooting for his upcoming film with KS Ravi Kumar. Sonal Chauhan is playing the female lead in the film. This project is also not titled yet. And the is estimated to be releasing for Sankranthi 2020.