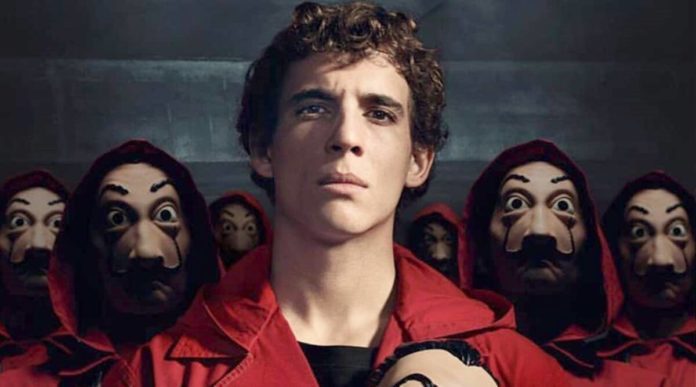 Since Money Heist has come to fame and gathered a fiercely dedicated fandom internationally, the characters have almost become a household name. They have been in the meme and youth culture globally.

Miguel wraps up shooting for #MoneyHeist5 bids adieu to his character RIO for one last time. pic.twitter.com/iyk1vEl34m

Miguel Herran, playing Rio, is one of the actors who actively updates the fans of his life and shootings. He bid farewell to them in his latest tweet, indicating a potential or immediate wrap-up concerning the fifth season of money heist.

Among the characters, the to innocent and naive character has to be our lover boy, Rio, played by Miguel. He nailed his character as a secretive, introverted hacker who is a prominent part of the professor’s gang.

Though he may seem passive, he majorly contributed to the extremely technical and mastermind complex heist as planned by the professor. Nonetheless, he became a heartthrob among the young females who couldn’t stop gushing over his innocent smile throughout the series.

The fifth season as speculated, is intended to be the concluding season of the Money Heist series.

With the series making getting wrapped up and postproduction formalities beginning, we anticipate the arrival of the fifth season in 2022, as has been confirmed by the makers themselves since the series couldn’t make it to the 2021 Netflix releases.

All the queries, dilemmas, cliffhangers, and fans’ curiosities and theories would be addressed in the fifth season. Thus the fans have been so desperate for it.