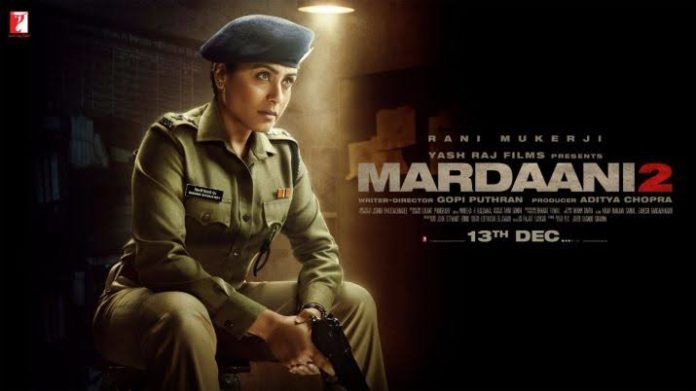 Good to see Bollywood coming up with more films on the sensitive topics of society. The inaugural edition of this film was focused on child trafficking which was considered as one of the stand-alone films in the genre.

Rani Mukherjee has devoted her most of the screen time on films based on women harassment cases. Mardani-2 is no exception. The first look of the film was launched on 30 April followed by the trailer launch on 14th November. 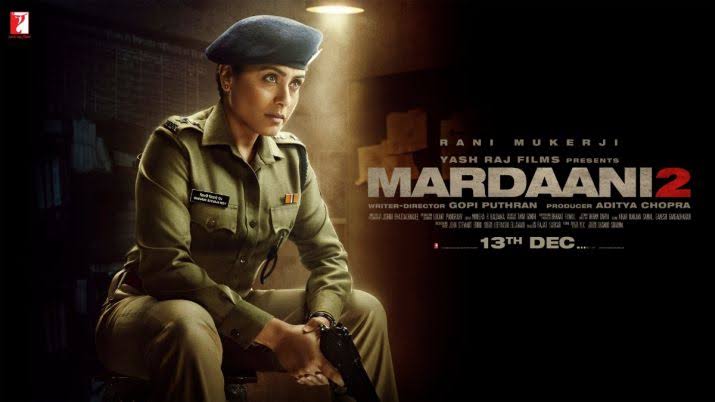 Gopi Puthran has taken the onus to direct this film alongside Aditya Chopra as the producer. Rani Mukherjee is the protagonist of the movie, she will be responsible for most of the action in the film. Vishal Jethwa is the antagonist playing the criminal. Vikram Singh Chauhan, Shruti Bapna and Rajesh Sharma are among the others in promising roles.

It is a crime thriller that features a Psychopath who goes on raping women and torturing them to death. Shivani Roy is determined to catch the culprit and put him behind the bars. The guy behind the heinous act challenges Shivani to catch him.

The story undergoes a series of dramatic twists and turns when the police department led by dynamic cop Shivani Roy tries to catch the serial killer.

Vishal Jethwa playing the role of the serial killer is expected to give a peach of a performance, while Rani Mukherjee like always will appear calm, composed and ever so determined to bring the culprit down. The film serves the message that justice is best served following the legal proceedings.

The film will hit the cinema houses on the 13th of December. The fact that the film has its separate fan base you can expect this film to perform reasonably well in the box office.