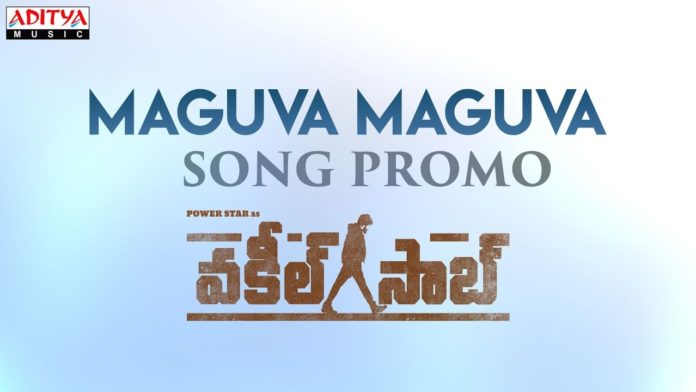 The first single from Pawan Kalyan’s upcoming movie Vakeel Saab will be out on 8th March At 10 Am on Aditya Music’s YouTube channel. The song is composed by S Thaman and is sung by Sid Sriram.

In case you didn’t know Vakeel Saab is an official remake of PINK. And this song is dedicated to all the women. The promo says “Celebrating the spirit of womanhood.” with the first single from Vakeel Saab.

Vakeel Saab is directed by Sriram Venu and produced by Dil Raju and Shirish under the production house of Sri Venkateswara Creations in association with Bayview Projects. The film is estimated to release this summer.