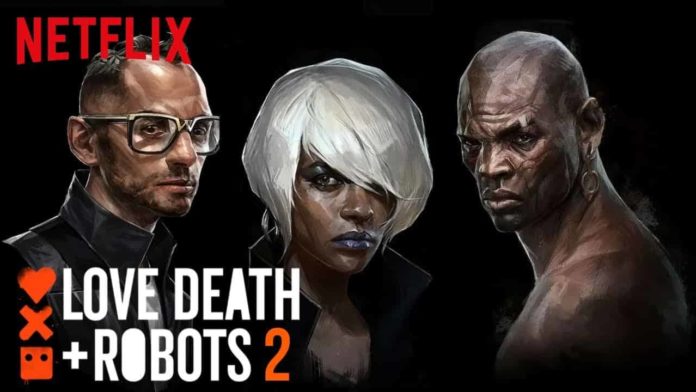 Love, Death, and Robots are one-of-a-kind Netflix series. It premiered on Netflix in March 2019 and was an instant favorite. Earning glowing reviews from many critics, the animation style, in particular, was commendable.

About Love, Death, And Robots

The series is an anthology, with every episode being somehow cinematically connected to the series’s title. The first season had 18 episodes in total, each episode running between six to seventeen minutes each.

After the first season aired on Netflix, Netflix renewed the series for a second installment in June 2019. However, there is no confirmation regarding what the plot would hold for its viewers or coming out.

Notably, when the first season aired, each episode’s production varied due to its run time. Additionally, different studios were involved in making the episodes, which helped create a unique animation style throughout the series. Perhaps, this the reason why the series is taking too long to complete.

However, season two is undoubtedly happening. As per an early 2020 interview, Rob Cairns, the series composer, stated that some episodes of the second season were in the works and were “almost” done. As per the 2020 interview with Cairns, the story remains a mystery. Cairns was noted saying that most of the animations were already finished by the time he joined. Furthermore, he said that the sequencing was also almost done.

In other words, Cairns was relatively tight-lipped about the situation and did not give out much for the fans. The series is unique. From style to the stories, there’s much that happens in it. Although the first season saw a remake of existing stories, there’s a possibility that viewers would get something new this time around.

Furthermore, as each episode is a stand-alone story, there’s a chance that some voice actors may make a return for different characters. The cast may include Chris Parnell, Stefan Kapičić, John DiMaggio, Omid Abtahi, and some previous actors.

Additionally, season two could also have an episode similar to season 1’s “Ice Age,” where the voice actors were seen in live-action roles.

All in all, we’re pretty happy that we’re getting a second season of the epic animated show! With these unpredictable times, despite the show’s episodes being “pretty much done” as per Crains, we could have to wait.