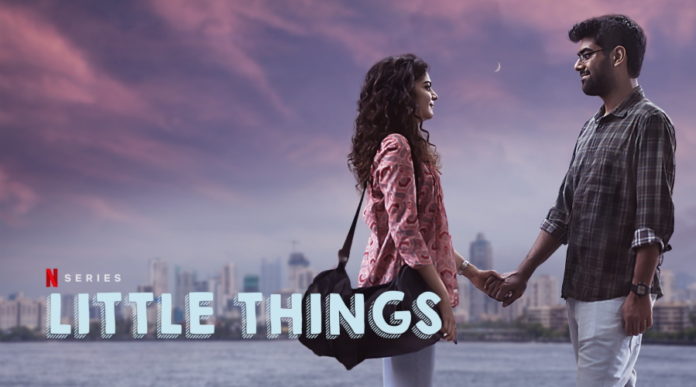 One of the most beloved Indian Tv series ever, The Little Things, is set to launch the fourth season. So fans who treasured the beauty in the little moments that the series gave them should brace themselves for the brand new season 4.

The series is a graceful depiction of a dewy-eyed drama between a couple, Dhruv and Kavya, after getting married in a weird and heart-warming way. When we say as sweet as sugar, it wouldn’t be unfair to include this drama category. It is one of the most adorable and most romantic series ever made.

The simple render of a married couple has neither been over the top fancied nor bummed out. It shows how life takes a spin when they marry, the kind of problems they face, how the kind of things, either small or big, make a difference in our lives, the kind of misunderstandings that come along, and how they are coped up with. This is the kind of content the audience fell in love with and developed an instant connection with. That’s the main reason for this series’s success that it struck a chord with the audience and was much relatable. At the end of season 3, it is portrayed how, in the end, what matters is the ability and patience to understand each other that’s what it takes the relationship going.

Season 3 ended with Dhruv and Kavya ending up in a long-distance relationship because of their career, which separates them. Dhruv flew to Bangalore while Kavya is staying back in Mumbai. The fascinatingly captured pangs of separation in a long distance with budding insecurities, love, care, support all have been fascinatingly depicted. They return them to their homes in Kanpur and Delhi.

Season 4 is the season of the closure where Dhruv and Kavya may reunite, and it’s expected to be hearty and emotional as the two will reconcile after such a long time; these are all assumptions and plot theories. Nothing has been confirmed as such by the creators regarding the storyline. The show garnered mainly positive reviews from fans, and they have been eagerly waiting for the fourth season. The filming of the 4th season began in February 2020 but due to the COVID – 19 pandemic kept on getting delayed. The show makers hinted at releasing the season in late 2020 or early 2021. It is crystal clear from actor Mithila Palikir’s post that the season will be releasing any time soon on Netflix.

Dhruv and Kavya’s leading roles were played by Dhruv Sehgal, a creator of the show, and Mithila Palkar, respectively. They are resuming their roles in season 4 as well. Others who are going to reprise their roles in season 4 comprise Navni Parihar as Ila Kulkarni, Rishi Deshpande as Satish Kulkarni, Loveleen Mishra as Dhruv’s mother, Vena Nair as Mrs. Lata Iyer, Abhishek Bhalerao as Murthy, Priyanka Arya as Sushmita, Varun Tiwari as Akshay, Anika Ghaisas as Nupur.