There’s no denying that cryptocurrencies have experienced tremendous growth over the past decade, triggering many important changes in their path. Not so long ago, traditional assets like fiat money, stocks, bonds, real estate, or commodities were the only investment vehicles available. With the emergence of digital currencies, a whole new class of assets was built from scratch, bringing much-needed diversification to the investment market and the global financial system.

It’s true that cryptocurrencies didn’t enjoy a warm welcome in the beginning, but that applies to almost all forms of innovations. It takes a bit of time for the population to get familiarized with their newness and understand the benefits they provide. So, Bitcoin and the altcoin gang followed the same trajectory. They were met with a cold reception initially, but people eventually warmed up to them and slowly but surely started embracing digital currencies. 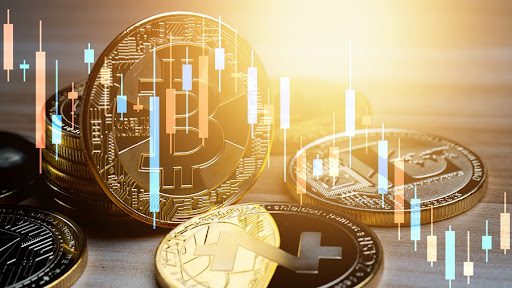 Then, almost imperceptibly, the whole world got wrapped in the crypto hype, as if someone had cast a spell. Both investors and average individuals started buying and selling crypto like there was no tomorrow, and the frenzy increased year after year.  Cryptocurrency exchanges like Binance make it easy for traders and investors to buy or sell Bitcoin and Ethereum and keep tabs on all the relevant digital currencies in the market. Even if things seem to have calmed down a bit recently, cryptocurrencies continue to attract a large number of followers and make waves in the world of investment.

So, if you’ve never traded crypto before and you don’t know much about the industry, you might be wondering what makes the crypto landscape so incredibly appealing and why people are so drawn to it. In order to solve the mystery, we need to take a closer look at the history and characteristics of digital currencies and analyze a few key aspects that have shaped their trajectory.

The rise of Bitcoin

Bitcoin was created in 2008 by an anonymous developer, or group of developers, known as Satoshi Nakamoto. The few people who took notice of Bitcoin’s launch didn’t think much of the project, so the newly emerged cryptocurrency flew under the radar for a while. In the following years, Bitcoin’s price increased slightly, and the crypto began to pick up the pace, reaching $1,000 by 2013 but experiencing a sudden drop shortly after. Bitcoin was going through growing pains which implied sharp price fluctuations.

In the 2016–2021 period, there were several price spikes and an all-time high of nearly $69,000 that established Bitcoin as the crypto star that we know today and the undeniable leader of the cryptocurrency environment. In little over a decade, Bitcoin managed to write history and leave a deep mark on the world of finance.

Those who had the foresight or the sheer luck to invest in Bitcoin at the right time became rich almost overnight. Those who missed the opportunity regretted not making a move sooner and hoped they would catch the next crypto train, as many other rivals emerged after Bitcoin started its meteoric rise, with Ethereum being the most notable project. Many people hope that the success Bitcoin enjoyed will be replicated by other cryptos in the future, and this time they’ll be able to grab a piece of the pie.

There are now more than 10,000 digital currencies in existence, although not all of them are relevant or have the same profit potential. There’s a real possibility that one of these digital currencies will rise above the others and turn into a great investment opportunity. Therefore, the promise of high earnings is one of the reasons why so many people are hooked on cryptocurrencies and continue to invest in this area.

Cryptocurrencies are underpinned by blockchain technology, which has a wide variety of uses that transcend the financial space. As a decentralized and distributed public ledger, blockchain technology can ensure the safety, transparency, accuracy and traceability of data. Therefore, blockchain can provide solutions for a wide array of problems across many industries like healthcare, transportation, or banking.

The untapped potential of blockchain technology gives people plenty of reasons to believe in the future of cryptocurrencies. In a world that’s becoming more digitalized by the day and welcomes innovations in all areas of activity, it makes sense to move away from traditional methods and embrace technology.

Also, compared to fiat currencies, digital assets offer a series of advantages that increase their overall appeal. Decentralization is probably their strongest suit, as they are not controlled or governed by a central entity like governments or financial institutions that might not have consumers’ best interests at heart. Transactional freedom, security and ease of access are also major benefits that people can enjoy when trading crypto. Although they’re still far from reaching mainstream adoption, there’s no denying that, in many aspects, digital currencies are superior to conventional money.

The power of speculation

A lot of people have compared crypto investments with gambling due to their high volatility and unpredictability. It’s true that digital currencies don’t offer any guarantees. Prices can change suddenly from one day to another without any signs of warning. That’s why cryptocurrencies are treated as speculative assets, and experts recommend keeping crypto investments under 5% of the total portfolio.

However, the risks associated with volatility are not exclusive to the crypto space. All forms of investments imply a certain degree of volatility and risk. Cryptocurrencies might be particularly risky because the industry is still in its infancy and there are still growing pains that it has to overcome. So, speculation is bound to be part of the game. Besides, the significant upward and downward price movements lead to high earning potential. Hich volatility often translates into higher gains, although the opposite is also true as one can experience major losses as well.

While there are reasons to look at cryptos with a critical eye, one cannot question their huge potential and appeal. That’s why digital currencies continue to attract more followers to their ranks and move closer to mainstream adoption.

Josh Linus
Josh can talk films for hours on end, discussing the really good cinema, the really bad, and anything in between. He enjoys everything - from epic fantasies to horror, from rom-coms to crime and action thrillers, from sci-fi to musical dramas.
RELATED ARTICLES
Finance