Results of Akshaya Lottery AK-411 by Kerala Government has been declared. The first prize amount which is 60 lakh rupees is won by the lucky customer with the ticket number AJ 729090. Official results are accessible from the website of the Kerala lottery department: keralalotteries.com.

The results were officially available on the website by 2; 55 PM today. The results are drawn every day at 3 PM at Sree Chithira Home Auditorium, Pazhavangadi, East Fort, Thiruvananthapuram.

The second prize is 5 lakh rupees and 3rd prize being 1 lakh rupees. The persons who lost for mere numbers will get a consolation prize of 8000 Rs. One Akshaya Lottery cost 40 Rs while a whole book cost 750Rs.

According to the lottery department regulations, if the prize money is less than 5000, the customer can collect the money from nearby lottery outlets or agencies. If the amount won is higher than the aforesaid amount the winner has to surrender the ticket with further ID proofs before the bank or the Government Lottery Office.

The Kerala Lottery department has seven different types of regular lotteries for each day in a week. The weekly lotteries are

The weekly lottery names signify the purpose for which the revenue from the sale of each lottery is utilized by the State Government too. For instance, Karunya meaning Kindness lottery revenue is used for medical care of common people.

Also, multiple Bumper tickets are also made available to the public in festive seasons such as Onam, Vishu, Christmas and Pooja/Dussehra. There are two Seasonal Jackpots too namely, monsoon bumper and summer bumper.

The results are accessible even through third party android apps which can notify you when the results are out. Normally the official results are published on the website by 3.30 PM.

For the convenience, you can check the winning numbers from here itself. 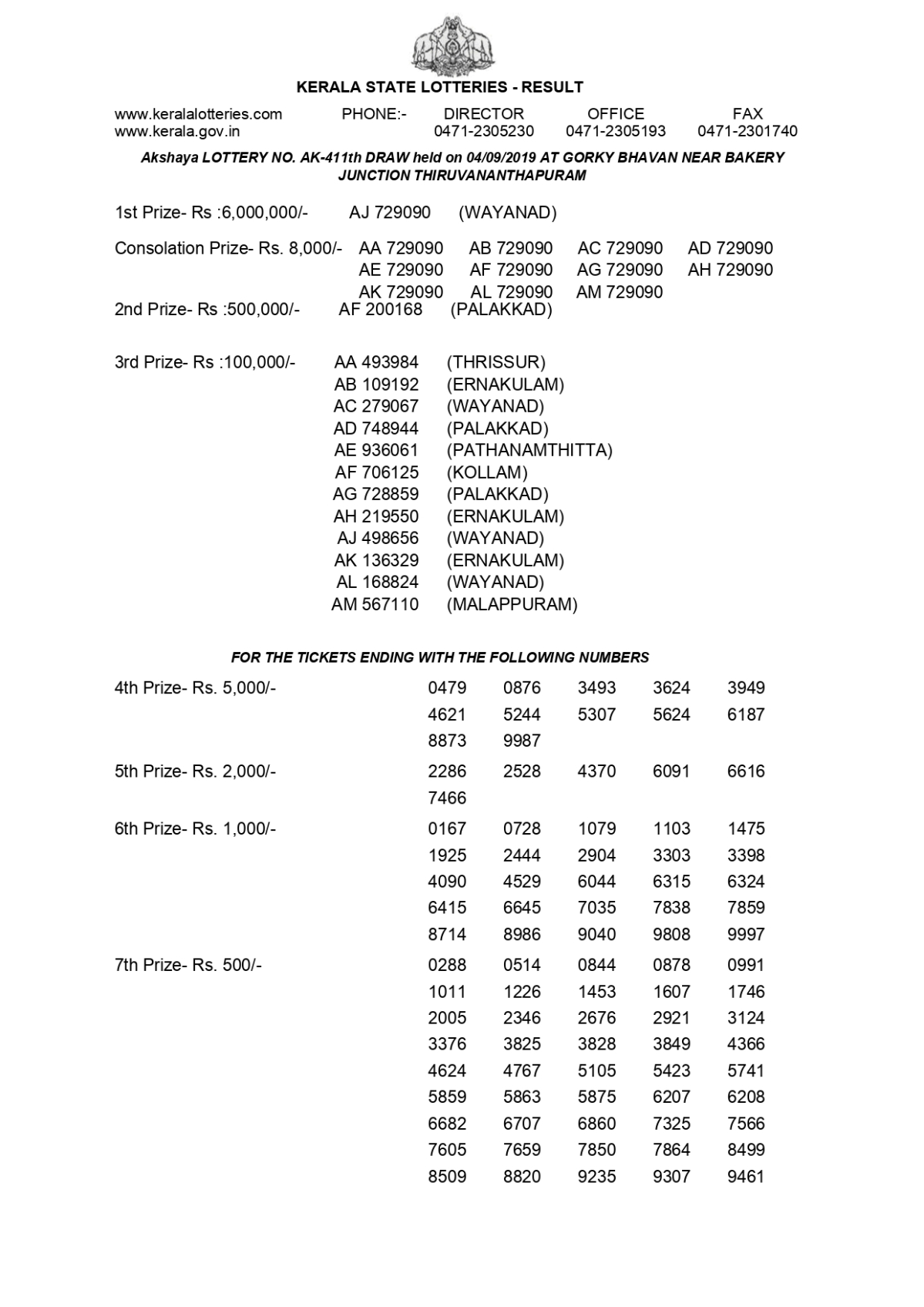 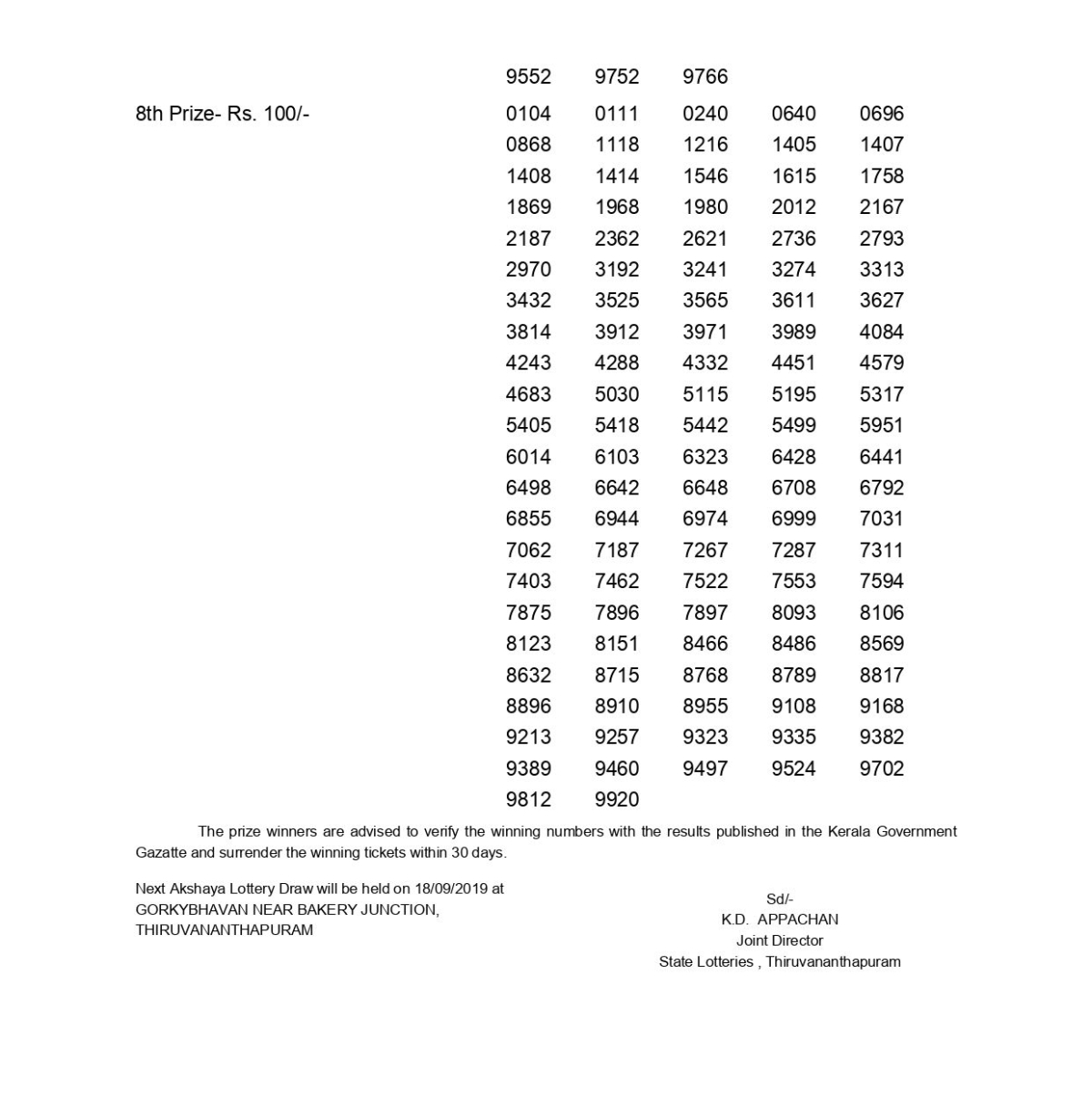