The eleventh season of Kaun Banega Crorepati had finally got its first Crorepati from the country. By the looks of it, the name of the new Crorepati from across India is Sanoj Raj. Moreover, Sanoj Raj would win around seven crores of rupees, yet he says that he has never seen a modern-day metro city like Hyderabad, Bengaluru, Chennai, Mumbai, Ahmedabad, and Kolkata.

Before getting to see about the new Crorepati of the country, Sony TV has released a promo video which showcases that Sanoj Raj has won 1 crore, so far. During the promo, it is shown that Sir Amitabh Bacchan is asking the last and the seventh crore question after Raj won around Rs 1 crore.

Will Sanjor Raj become the first person in India to win seven crores? 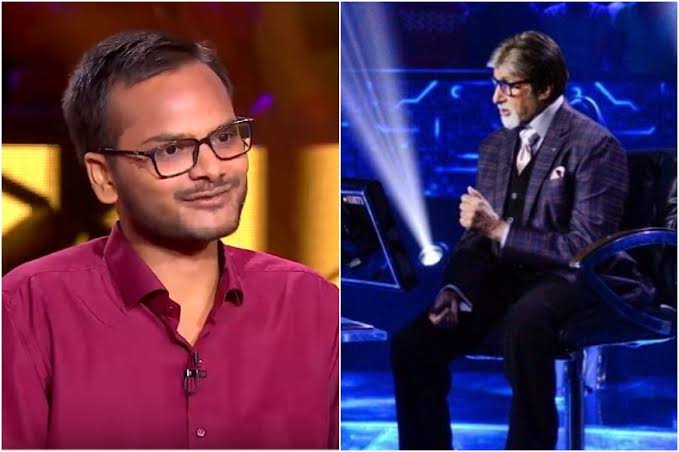 On the other hand, Sanoj is a native of Dhingra Village, Jehanabad, Bihar and has never been out of the state in his entire lifetime. Currently, whether Sanoj answers the Rs 7-crore question of not is kept under wraps. According to sources, the episode featuring Sanoj will feature this week on Thursday, and it will continue to Friday, i.e., September 12 to 13 2019 at 9 pm on Sony Television.

A short bio of Sanoj Raj

Sanoj was born to Ramjanam Sharma who is a farmer by professional and Kalindi Devi who is a housewife. At first, Sanoj wanted to become one of the decorate IAS Officer. Sanoj’s favorite pastime is reading books.