Sulthan is a Tamil language action thriller film written and directed by Bakkiyaraj Kanan and produced by S.R Prakash Babu and S.R. Prabhakar. The film is set to release on 2nd April 2021. It stars Karthi and debutant Rashmika Mandanna in lead roles.

The film often landed in a lot of controversies since its inception. First, the leading actress Rashmika inadvertently revealed the film’s title and faced backlash from the filmmakers later.

Later the film also received a lot of criticism because of its title as people thought the movie was inspired by Tipu Sultan, who was very harsh on Tamils during his reign, but the claim was later denied and informed that it was a rural drama. 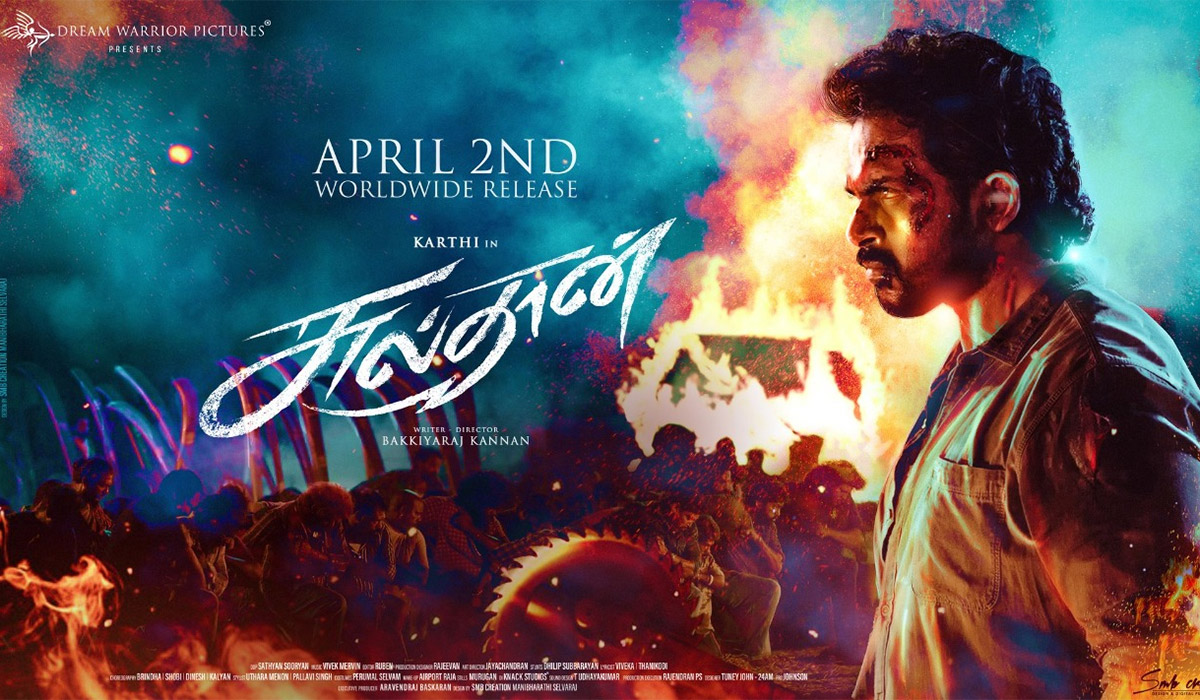 Then the Covid -19 arrived, and like everything else, the film’s shooting was halted as well. Somehow the film completed its final shooting on 8th October 2020, but the path is still not clear for Sultan.

The makers have landed in troubling waters again as the film leaked on the illegitimate, notorious website named The Tamilrockers. The website has often leaked many mega-budget movies in the past, creating problems for the makers, and now the latest target has been Karthi’s Sulthan. The makers are trying hard to remove all the Piracy links.

Circulating Pirated copies are illegal and if you come across any of Sulthan’s Pirated copies, kindly report them to the piracy cell.

Sultan’s teaser had received a massive response, and now the film released today has received praise and positive response from the audience. The credit shifts to excellent writing, acting, and a good combination of drama, thrill, action, and comedy. The film has also been dubbed in Tamil and Telugu.

Discourage Piracy; Go and Watch the highly anticipated movie in the theaters.
For the latest updates, stay tuned.