Netflix is all ready to get flooded with the South Korean content in the ongoing year as it has spent an enormous sum of money on South Korean content, most of which is spent on the originals to be released in the year 2021. So, there is no doubt that several original series will be released on Netflix this year, but the one specific series for which everyone is excited and eagerly waiting is none other than the ‘Squid Game.’ Yes, you read that right! Season 1 of the all-new Squid Game is all set to release on Netflix in the coming days.

After a long period of four years, Hwang Dong-Hyuk is back on Netflix with the original K-Drama thriller series named ‘Squid Game.’ The series is written and directed by Hwang Dong-Hyuk, who is known to have received several prestigious awards, including the award for best screenplay at the Blue Dragon Film Awards for his last project, namely ‘The Fortress.’ 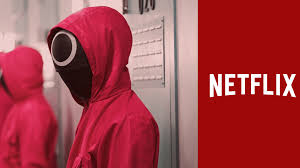 Squid Game’s production was started long back but was stopped in August 2020 due to the widespread COVID-19. Finally, Season 1 of Squid Game will release on Netflix in the year 2021. However, the exact date of release is not yet out.

The plot of Squid Game

The series is about a group of contestants invited to participate in a survival game, which consists of the exciting prize money of $10 Million. The location where the survival game will take place is not revealed. So, no contestant is allowed to leave until the final winner is declared. It is truly a golden opportunity for each contestant who has failed at life earlier to rebuild it and live again.

The cast of Squid Game