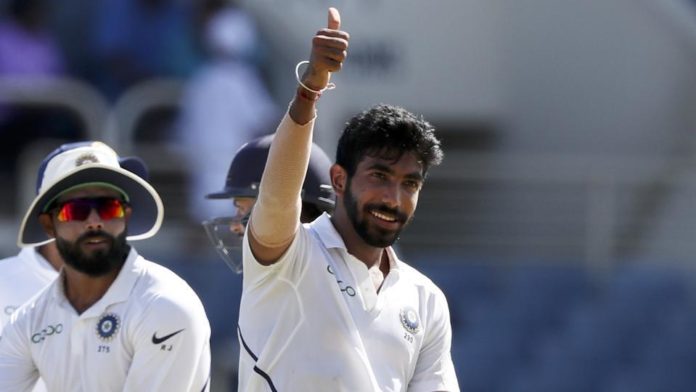 After the 1-1 Twenty-Twenty International series, the clash between South Africa and India will move to an extensive format. By the looks of it, India is all set to host its opposition South Africa in the three Test-match series which would begin from the 2nd of October 2019. The current Indian team is led by Virat Kohli and the management has decided to put some of the players to rest.

The Indian team wants to have fresh and players who can deliver their best performance in the forthcoming test series. In the meantime, the Indian cricket team will deal with a significant blow as Jasprit Bumrah is left out from participating in the test series. The reason as to why Bumrah is asked to sit out the test series is due to the minor stress in the lower back of his body.

Indian fans will be disappointed in the forthcoming Test series

JUST IN: Umesh Yadav replaces Jasprit Bumrah in India’s Test squad#TeamIndia fast bowler Jasprit Bumrah has sustained a minor stress fracture in his lower back and has been ruled out of the upcoming Paytm Freedom Series for Gandhi-Mandela Trophy against South Africa. pic.twitter.com/yZiUmMABPt

The recent move from the management team of India and BCCI came into being when the fans of India have been looking forward to seeing Bumrah make his test debut in India. So far, the pace bowler has played around 12 Tests when he was away from his home. During that time, Bumrah had taken around 62 wickets. In addition to this, Bumrah addition stats is around 19.24.

On the other hand, the 12 test cricket games were reportedly played on distinctive foreign grounds such as South Africa 3 Matches, England 3 Matches, West Indies 2 Matches, Australia 4 Matches. It is easier to gain wickets in these ground as they support the pacers. In addition to this, Bumrah is one of the top performers of India who has already played in the conventional white uniform.