VR in the Music Industry

One of the applications of this new development is “bringing musicians back from the dead.” Wondering how? Yes, this technology can be used to simulate artists who have passed away and offer fans a chance to see them perform a live concert.. VR is designed in such a way the user sees objects as if they are life-sized. Can you imagine how epic a live VR concert starring Bob Marley would be if you are a fan of Bob Marley? Or imagine a non-stop live concert of Michael Jackson or Avicii performing.

Moreover, VR shows also enable those who are bedridden due to certain illnesses or those who live in the outskirts of town to experience these live concerts and not feel left out.

Since people can hear and see what is happening at the concert, they now want to smell or get the odour of the concert.  All eyes are on Smell-O-Vision. Whether or not stimulation of the olfactory senses through Smell-O-Vision will enhance the VR experience is still a raging debate that has yet to be settled.

Incorporation of VR in Gaming VR technology in gaming is also taking shape. Players can now be fully immersed in their video games thanks to VR technology. It is very realistic. It gives you that feeling as if you are the one behind the wheel in a game of race cars or fighting in a battle arena against menacing gargoyles. The VR gaming industry is ranked one of the fastest-growing industries globally, and it is currently estimated to be about $215 billion. Additional features such as full-body suits and special gloves can also track and respond to the user’s movements, further enhancing the realism. Also, did you know that you can play VR poker online? Gambling fanatics are going insane as it feels like you are playing in an actual casino with the prize pool totaling $5000. For those who cannot afford to buy the consoles and headgear, various arcades and malls offer the VR experience at a fee.

VR in the Movie Theatres 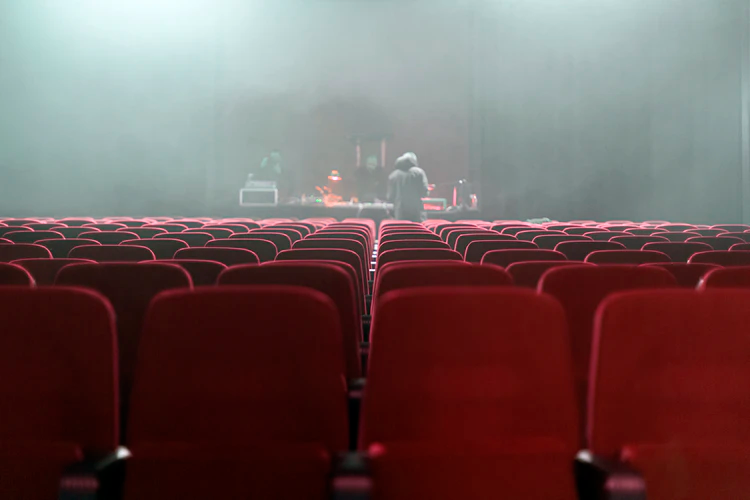 In terms of advancement and evolution, movie theatres have not been left behind. Nowadays, there exist theatres with VR headsets and even rocking and swinging seats that replicate the motion in the movie. Quite frankly, who wouldn’t choose this over a regular movie! Word has it that a company in the Netherlands, Amsterdam, is introducing the first-ever permanent VR cinema. This could be a perfect option for those who cannot afford to buy themselves their VR equipment or do not have the expertise to operate it. This equipment is not cheap, with the Oculus Rift averages $599 and the HTC Vive averaging $799. These are bound to put a massive dent in your pocket, not to mention this price is not inclusive of the motion controllers.

VR at the Workplace and in Schools

We cannot fail to look at other major and possible VR applications other than solely for entertainment. The education and health sectors stand a high chance of benefiting from the incorporation of virtual reality. VR can be put into good use when teaching students about real-world experiences that might not be available in school. Some colleges and schools of arts are using virtual reality to give students a 360-degree learning experience.

Imagine yourself reading about the ancient Egyptian pyramids in a history class and being able to virtually explore these pyramids as opposed to watching a documentary or a short clip. The use of VR in schools and universities can increase memory retention and concentration span among students. Their perception of the world is bound to change drastically, not to mention the decline in the number of students who fake illness to avoid going to regular, boring school.

VR in Art and Design

Tiltbrush is a well-known application that allows you to step into your artwork and see the brush strokes levitating mid-air. You can not only create life-sized masterpieces but you can also be fully immersed in them. Another application that artists use is MasterpieceVR, and it allows you to sculpt and make 3D models virtually. The art industry has greatly benefited from the use of VR in that you are now able to visit museums and participate in cultural activities virtually.

Virtual reality has revolutionized the way we watch movies, concerts and live shows. This won’t stop given the innovations made day by day and demands in the entertainment industry. Brace yourself for an exciting future!