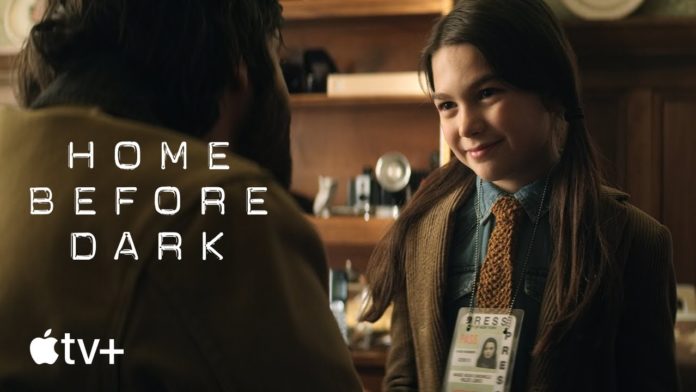 The famous mystery-drama show Home Before Dark is finally coming back with its sequel to Apple TV+ this June. Here are the complete updates.

Apple TV+ has finally set a premiere date for Home Before Dark Season 2. The first season of the show, created by Dara Resnik and Dana Fox, is a big hit. Recently, the creators announced the release date of the second season and dropped an official trailer to amplify the hype among the viewers. The upcoming season will bring ten exciting episodes coming this June.

Home Before Dark is one of the most thrilling series on Apple+. The show revolves around the life of a journalist and her fight to unveil the truths. Season 1, featuring Brooklynn Prince and Jim Sturgess, has incredibly inspired the audience. The show left a mark on the viewer’s hearts with its excellent plot and screenplay. After the success of the first edition now the countdown has started for season 2. Featuring famous faces from the entertainment industry like Abby Miller, Aziza Scott, Michael Weston, Rio Mangini, and more, Home Before Dark Season 1 is a smash hit. The fans are expecting more from Dara Resnik and Dana Fox, and finally, they are back with season 2.

As per the latest announcements, the first episode of the Home Before Dark Season 2 will air on June 11, 2021, on Apple TV+. Check out the trailer to get more insights into the series.