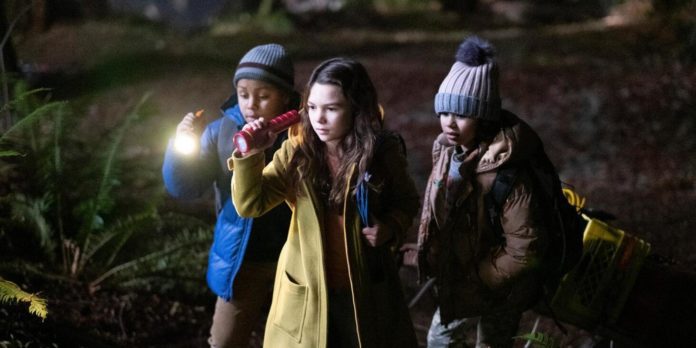 The Apple TV+ mystery drama, which was aired in April 2020, gained popularity for its unique and mysterious story. The story for HBD revolves around nine years old who succeeded in solving a murder case. The show is centered on a true saga of a girl- Hilde Lysiak. She successfully established her news publication ‘Orange Street News’ when she was just seven years old.

She furthermore reported some hard-hitting murder cases, one in her neighborhood. The season 1 storyline of a missing boy and a childhood friend of her father is fiction. Soon, Dana Fox and Dara Resnik made the show became viral. The fans are desperately waiting for season 2, and here we are with some significant updates. Mentioned below are some of the show’s strong characters, but fans might also witness some new faces in the upcoming season 2.

Season 1 was full of mysterious drama and concluded with leaving fans nail-biting at a cliff-hanger. Hilde, on discovering Richie’s missing body, soon discovered that he might have rescued himself. Where exactly is Richie?  Hilde will keep looking from him in the upcoming season 2. Also, we might get to know who hired Zeke?

As for now, nothing has been revealed about the storyline, but one thing is sure Hilde will be unrevealing more mysteries from the town, and the show will be full-on drama like season 1.

The showrunner Fox has not shared anything about the upcoming season. But, it is highly anticipated that it might be in the production stages. But, looking at the present-day pandemic hit reality, nothing is for sure.