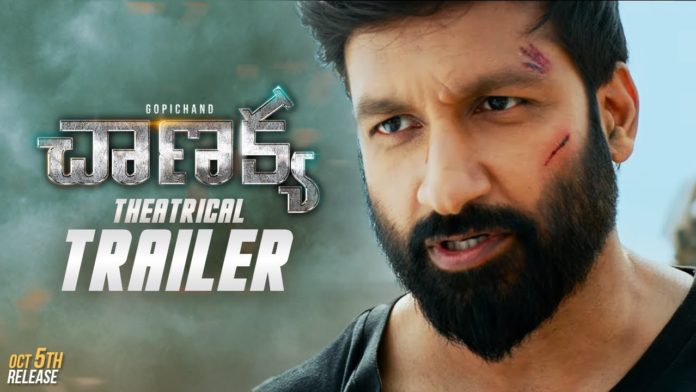 The official trailer of Gopichand’s upcoming film Chanakya is now out on YouTube. The film stars Gopichand, Mehreen Pirzada, and Zareen Khan. This mystery thriller is written and directed by Thiru Subrahmanyam. The movie is all set to release on 5th October.

Mehreen Pirzada will be seen playing the female lead along with Bollywood actress Zareen Khan. Gopichand will play a character called Arjun, Who is a RAW agent fighting against terrorism. The film’s storyline seems interesting.

The music of the film is composed by Vishal Chandrashekhar. Vetri Palani Samy is the cinematographer. The film is produced by Anil Sunkara under the banner of AK Entertainments.

Check Out The Trailer Of Chanakya: