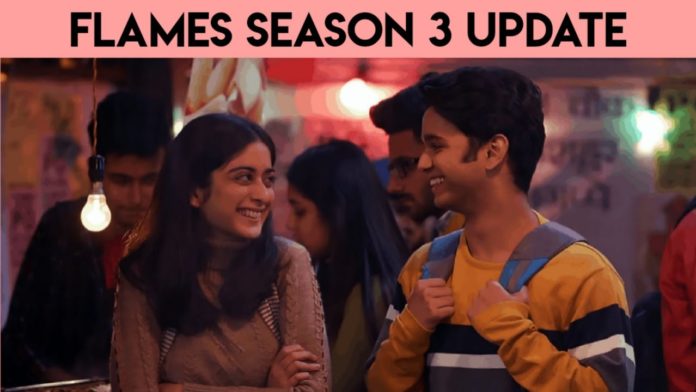 Are you a fan of MX player’s Flames show, then you must relate to the recent developments for season 3 so far. The most-watched show revolving around the love story of millennials is the favorite among viewers. You might also remember playing the FLAMES game in your school days. Everything revolved around love. Since the conclusion of season 2, which left fans on a cliff-hanger, biting their nails, the fans were waiting desperately for the upcoming season 3.

The cute millennial love story has the following star cast: The first season released on 15th January 2018, revolves around two young aspirants planning for the IIT entrance exam. The two Rajat and Ishita meet in the same coaching center. And gradually fall head over heels for each other.

Rajat gets in love with Ishita at the very first instance he sees her. Season 1 showed their budding love tale. Besides, season 2, which was released on 15th October 2019, revealed the next step in their love story when deciding to go on their first date. Thus, taking their love story a step forward.