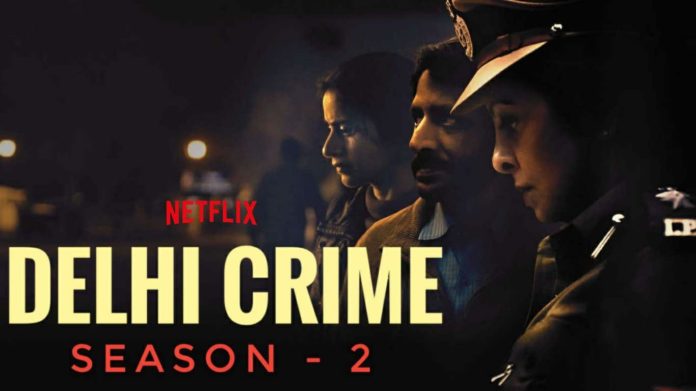 Delhi Crime became an instant hit. Richie Mehta-directed series has created history by winning the International Emmy award for its premise, storytelling, and narratives. The series is entirely based on a 2012 horrific rape case that shook the entire country at its core. The series features Rajesh Tailang, Shefali Shah, Adil Hussain, and Rasika Dugal have procured appreciation from different world corners the previous year.

With the series-winning Emmy, the team celebrated the most remarkable feats that the country has ever seen. Do you remember Inspector Bhupender Singh from Delhi Crime? The actor Rajesh Tailang has reportedly unrivaled quite an astonishing revelation that will get Delhi Crime fans very excited. Tailang, during the exclusive interview with IndiaToday, talks about how he feels regarding the Emmy winning. During the interview, Tailang also revealed that Delhi Crime would be back for a second season run. What changed after the winning of the Emmys?

Winning the Emmys is an incredible feat for any project or live-action or web series worldwide. The feeling of winning Emmys is not like any other feeling in the world. The win was a massive win for the entire Indian TV Entertainment and Film Industry when the nation cried out in unison to take a stand against the unfair loss of life of an innocent.

The second season of Delhi Crime will also feature actors like: The chronicles of the Nirbhaya rape case will also feature the aftermath of the brutal rape. The series has received worldwide acclamation, with Shefali Shah as the lead actor. The second season will cover several other crimes which took place in Delhi that shook the entire country.

Nevertheless, the second season also packs another significant blow to the fans. The director of the pilot and the first season, Richie Mehta, will be replaced by another director. There will be one more massive change in the second season as it will revolve around Abhishek Singh, IAS Officer of Delhi, to play a central role.

Rajesh Mapuskar, who was shot into prominence with Ventilator, a notable Marathi film, will be helming the director of the second season. Mapuskar has reportedly won National Award for Ventilator. Previously, Rajesh did work as assistant director in both the Munna Bhai franchise and 3 Idiots.

At the time of writing, Delhi Crime Season 2’s release date is not yet revealed. The first season was released on the 22nd of March 2019. However, due to COVID-19, the release date of the second season has been postponed.