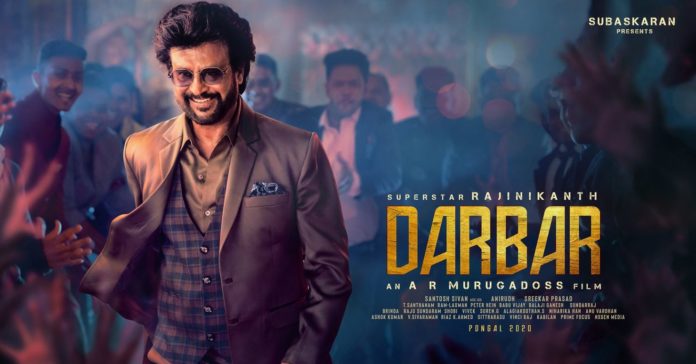 Superstar Rajinikanth’s Darbar has hit the film screens in Tamil Nadu and all over the world. The film received a massive opening in all centers. Ever since the film started getting amazing advance bookings, the fans were excited to know the box office collections. So here are the numbers.

The film is estimated to have collected 30 crores on Day 1 worldwide. The film is released in Tamil, Telugu, Malayalam and Hindi languages. So the film garnered collections from various parts of the country and abroad. Coming to the film itself, the Rajinikanth starrer was received well by the fans. Though some critics have complained about the screenplay and story, even they have declared that it is a film for Rajini fans. So just like Petta, Darbar is also a fan fest.

And considering the weekend ahead, the film is expected to cross 100 crores in its first week. There is also a Pongal factor. So the film will run for 2-3 weeks without any obstruction. No other major Tamil film is releasing until January 16th. So Darbar has a good 7 days’ time to conquer the box office before Dhanush’s Pattas takes over.

Darbar is written and directed by A.R. Murugadoss starring Rajinikanth, Nayanthara, Nivetha Thomas, and Sunil Shetty in lead roles. In the film, Superstar Rajinikanth plays the role of a cop who must solve the case of a group of murders.

The music of the film is composed by Anirudh Ravichander. Santosh Sivan is the cinematographer and A. Sreekar Prasad has edited the film. The film is certified with a U/A certificate with a runtime of 150 minutes.

Darbar is produced by Allirajah Subaskaran under the production banner of Lyca Productions. The film is said to be made with a budget of 200 crores. A major part of the film is shot in Mumbai.