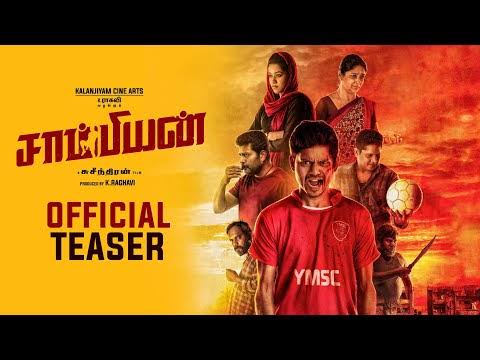 The official teaser of Champion starring Vishwa, Mrinalini Ravi is released on YouTube. Written and directed by Suseenthiran, Champion is a sports drama film surrounding the main lead played Vishwa who aspires to be a footballer.

Champion stars Vishwa and Super Deluxe fame Mrinalini Ravi as the lead pair while Jayaprakash, GK Reddy and Narain are also seen playing important roles in the film. The film is produced by Raghavi under the banner of Kalanjiyam Cine Arts.

Arrol Corelli is the music director for this film. Cinematographer of the movie is Sujith Sarang. The exact date is not announced but the film is all set to be released in October this year.