Over 300 social media handles linked to the JanaSena party are suspended by Twitter on Tuesday. This has sparked controversy among the party supporters. They were furious that 90% of the social media wings are suspended. 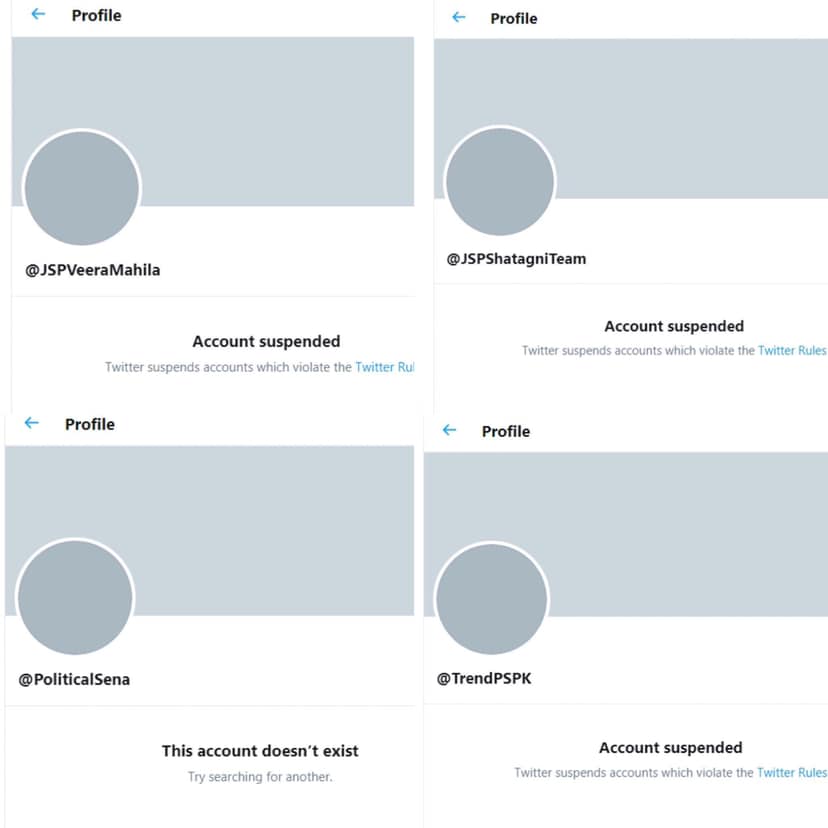 YS Jagan is blamed by the supporters of JanaSena for this mass suspension of accounts. There is a chance that this might actually be true. Mass reporting from some accounts might lead to suspension.

It will be interesting to see whether the suspension will be taken back by Twitter or not. What do you think about this? Do let us know in the comments section below. Thank you for reading and stay tuned for more updates on this issue.